Tollywood is on a challenge mode, and the celebrities are totally winning the hearts of the people amid the lockdown. The #BetheREALMAN challenge has caught all the attention it needed, which was initiated by Arjun Reddy Director Sandeep Reddy Vanga. The challenge has now almost covered all the top actors of the industry except the Stylish Star, Allu Arjun. The actor has not been nominated by any one so far, which is surprising and disappointing at the same time for the Allu fans. Well, we would tell his fans to not get disheartened, and wait for the mass entry of their favourite actor in the trending challenge.

The #BetheREALMAN challenge requires the stars to do household chores and post a video of the same on social media. The celebrities who jumped on the bandwagon in taking up the challenge are Rajamouli, Jr NTR, Ram Charan, Chiranjeevi, Koratala Shiva, Sukumar, Anil Ravipudi, Boyapati Srinu, Shobu Yarlagadda, Krish Jagarlamudi, Venkatesh, MM Keeravani, and Varun Tej.

Coming back to Allu Arjun, the actor is waiting for the Coronavirus lockdown to get lifted so as to resume the shoot of his next venture Pushpa. Directed by Sukumar, the makers released the Stylish Star's first look poster on his birthday. Bankrolled by Mythri Movie Makers and Muttamsetty Media, Pushpa will hit the theatres next year. However, the release date has not yet been confirmed by the makers. Music composer Devi Sri Prasad will be scoring the music for the much-awaited movie, which will also feature Rashmika Mandanna, Dhananjay, Prakash Raj, Jagapati Babu, Harish Uthaman, Vennela Kishore, Anasuya Bharadwaj, and Anish Kuruvilla in supporting roles. Recently, it was reported that Nivetha Thomas might be roped in to essay the second female lead alongside Allu Arjun, but later, the makers rubbished the rumours. As per the latest rumours, Anasuya Bharadwaj will no longer be a part of the film. It is said that, as the makers are aiming for a pan-India approach, they want to cast a more popular face. 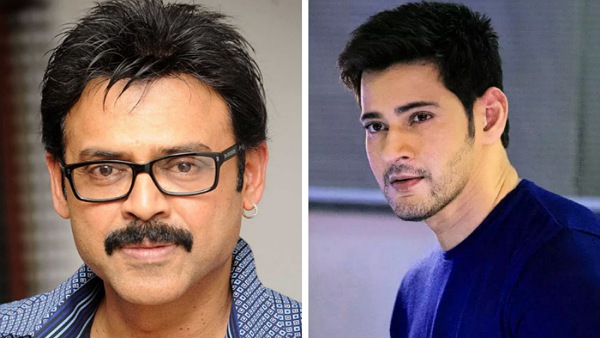