Allu Arjun is nowadays considered as every director's favourite, post the success of his Sankranti release Ala Vaikunthapurramuloo. After the big success, the Stylish star is now planning to target Pan India projects as he is all set for Pushpa, which will be released in five languages- Telugu, Tamil, Malayalam, Kannada and Hindi.

Essaying the role of Pushpa Raaj, Allu Arjun is quite excited about the project. Amidst all, reports are doing the rounds that Allu Arjun is in touch with Arjun Reddy director Sandeep Reddy Vanga. Well, Allu Arjun was all set to star in Venu Sriram's directorial venture after Pushpa. However, the Stylish Star is thinking of increasing his pan-India fan following.

As per the report published in a leading portal, Allu Arjun is in touch with Sandeep Reddy Vanga. As we all know, the director had tried to rope in Prabhas and Mahesh Babu for his next, but Allu Arjun seized the opportunity. Sandeep Reddy Vanga impressed everyone with his first film, Kabir Singh in Bollywood. Hence, Bunny feels that it will be a nice move if he collaborates with the director.

Sandeep Reddy Vanga will now be narrating a film to Allu Arjun and if everything thing goes well, the audience will get to see something big on the silver screen. 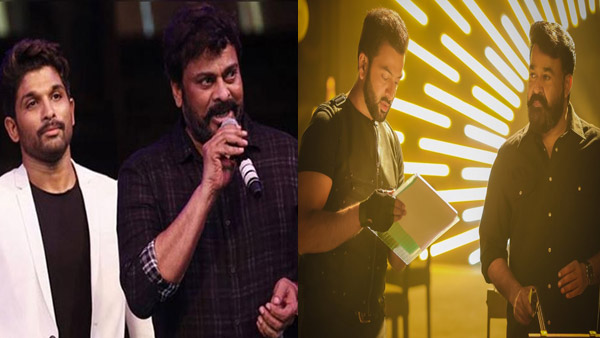 On a related note, Allu Arjun's next is directed by Sukumar. The film also stars Rashmika Mandanna in the lead role. The film was scheduled to be released on Diwali this year, but due to the Coronavirus pandemic, the makers decided to postpone it.