Chiranjeevi's Acharya is undoubtedly one of the most awaited Telugu films of this year. No wonder, the movie has been the talk of the town ever since it was announced. Another reason why this social drama was in the news recently is because the makers had a really tough time locking the leading lady for their film.

Initially, Trisha Krishnan was to star opposite Chiranjeevi in Acharya which is being helmed by Koratala Siva. But the actress later backed off from the project citing creative differences. Confirming the news, Trisha wrote on Twitter, "Sometimes things turn out to be different from what was initially said and discussed. Due to creative differences, I have chosen not to be part of Chiranjeevi sirs film. Wishing the team well. To my lovely Telugu audiences-hope to see you soon in an exciting project."

After Trisha's exit, the makers approached Kajal Aggarwal but it was being said that the Maari heroine was acting too pricey. Hence, Acharya was then offered to Anushka Shetty but she too rejected the movie. And now, we finally know the reason. As per a report in telugubulletin.com, the female character in Acharya has hardly anything to offer in the film. Also, the leading lady won't have much screen time in Siva's directorial venture. Because of all these reasons, Anushka politely said no to Acharya.

Ultimately, its Kajal who is now doing the film. But we hear the makers will be shelling out a huge amount of Rs 1.5 crore as her remuneration. Apart from Acharya, Kajal will also be seen alongside Kamal Haasan in his much-awaited film, Indian 2. As for Anushka, she too is said to be teaming up with Haasan for the sequel of Vettaiyaadu Vilaiyaadu. 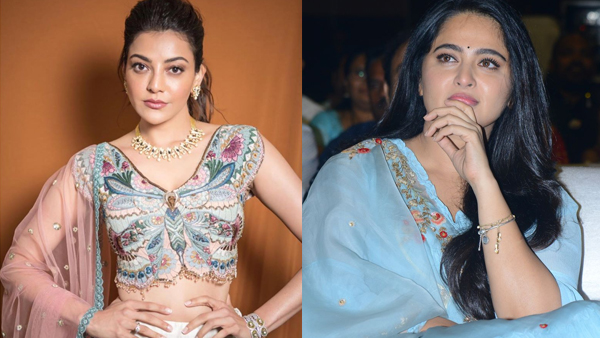