With the ghost house task going on in Bigg Boss Telugu 4, several netizens had opined that the 12th week episodes were getting unexciting. In the previous episode of the popular reality show, a ghost was seen taking over Bigg Boss to rule the house with her presence, commands and also creepy sounds at times.

Unfortunately the new set up of the house could only scare Ariyana Glory. The other six contestants especially Avinash and Sohel were seen responding to the ghost with epic one-liners that entertained the house.

Well now, the latest promo dropped by the telecasting channel has garnered all the attention it needed from the netizens. In the promo, 7 contestants including Harika, Abijeet, Akhil Sarthak, Monal Gajjar, Sohel, Avinash and Ariyana are required to watch a horror film. Soon after finishing the film, each contestant has to enter the task area which has been transformed into a petrifying room.

Later, the ghost was seen inviting Sohel and Akhil Sarthak to the room. The duo who entered as macho men inside the room were seen getting petrified once the ghost scared them with extremely bright light and sound effects. Amusingly, the 'fearless' duo was seen crawling on the floor out of fear. The other contestants who heard Akhil and Sohel's scream ran towards the room to check if they were doing fine inside. Interestingly, Monal mocked the two by saying what they were telling before entering the room, 'Katha Vere Untadi' (The Story Is Different). Towards the end of the promo, Sohel and Akhil were seen requesting makers not to upload the video, as it will only create a bad impression on their fans and followers.

On a related note, 4 contestants including Akhil Sarthak, Avinash, Monal Gajjar and Ariyana have been nominated for elimination in the 12th week of Bigg Boss Telugu 4. 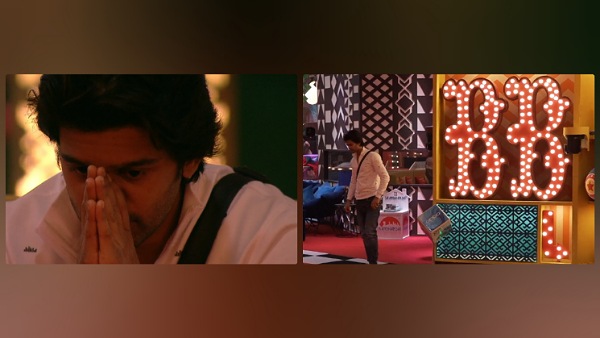 Bigg Boss Telugu 4: Netizens Trend #IamWithAbi As Abijeet Rejects To Go On A Date With Monal 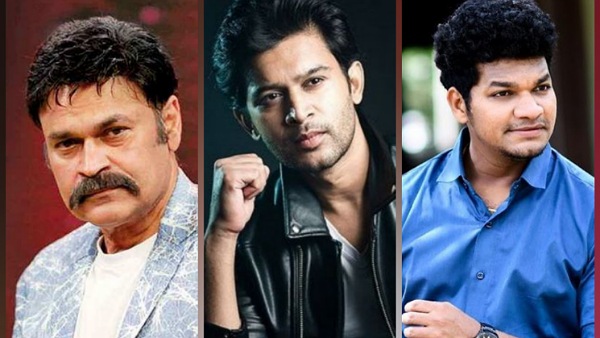