Not too long ago, Abijeet fans trended hashtag #WeAdmireAbijeet on Twitter to express their love and support towards the Bigg Boss Telugu 4 contestant. The hashtag went viral in no time and became the biggest ever trend for a Bigg Boss Telugu contestant in just 24 hours. Innumerable fans and followers of the young actor were seen sharing his pictures and thoughts about him on their respective social media handles.

Interestingly, the next day after the hashtag went viral, host Nagarjuna Akkineni announced that Bigg Boss Telugu 4's 11th week received a whopping 9.5 crore votes, which is the highest in any season. Though it is not confirmed how the votes sky-rocketed for the first time in the history of BB Telugu 4, rumours are rife that the hashtag #WeAdmireAbijeet might have helped the show to garner the attention of the mini screen audiences and netizens who voted for the nominated contestants. It is to be noted that a lot of fans had also trended the voting procedure to vote for Abijeet as well. Bigg Boss Telugu 4 inching closer to the finale might also be another reason for the massive voting.

Notably, 6 contestants including Monal Gajjar, Abijeet, Lasya Manjunath, Sohel, Harika and Ariyana Glory were nominated in the 11th week nomination process. During the weekend episode, host Nagarjuna Akkineni was seen declaring the elimination of Lasya from Bigg Boss Telugu 4. Let us tell you that the previous week of the show witnessed contestants meeting their family members.

On a related note, Harika is the new captain of the house. 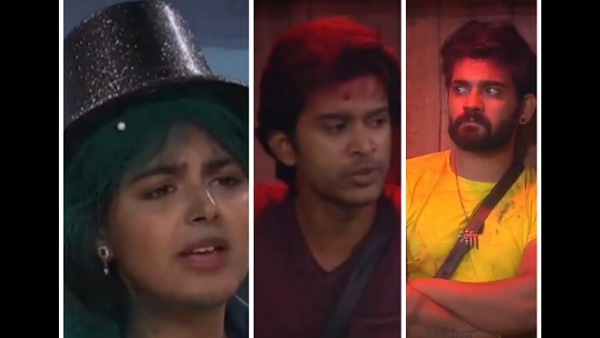