Megastar Chiranjeevi is unquestionably one of the finest dancers of the South, and indeed his dance skills doesn't need any introduction. Even at the age of 64, he dances enjoying every beat of the music, and never fails to enthrall the audience.

Well, today the actor took to his Twitter account to post a video of him and his granddaughter Navishka, thoroughly enjoying the You And Me song from Khaidi No 150. The video starts with an adorable chit-chat of the duo discussing which song to play next. The toddler requests the Megastar to play the Mimi song, to which he responds that it has already been played quite a few times, and asks her to name any other song she loves.


He finally falls trap to Navishka's winsome stubbornness and the duo is seen enjoying the track gleefully. Both are also seen doing the shoulder move from the song, featuring Chiru and Kajal Aggarwal. As he pauses the video for a second, the little one sitting on his lap gets upset and requests him again for her, apparently, favourite number. Chiru plays the video yet again and plants a kiss on her cheeks with immense affection. He captioned the video, which was taken before the lockdown as, "Always amazed @ the power of music.Just over 1 yr & how this little kid enjoyed music & tried doing dance moves is sheer bliss.Paused & played music 2 see she was really loving it."(sic)

Known for his unmatched dance moves, when asked in an interview, on how he manages to dance with such ease at 64, he said, "I love to interact with kids and I'm surprised at the questions they ask. I love spending time with kids. It gives me more energy and also knowledge. When I speak to them, I feel very happy and I feel young. That's the reason I can dance even at this age".

Talking about his projects, the actor is currently busy with Acharya directed by Koratala Siva. The movie, produced by Matinee Entertainments and Konidela Productions, will have Ram Charan in an important role. After Acharya, Chiru will gear up for the Telugu remake of the Malayalam blockbuster, Lucifer. 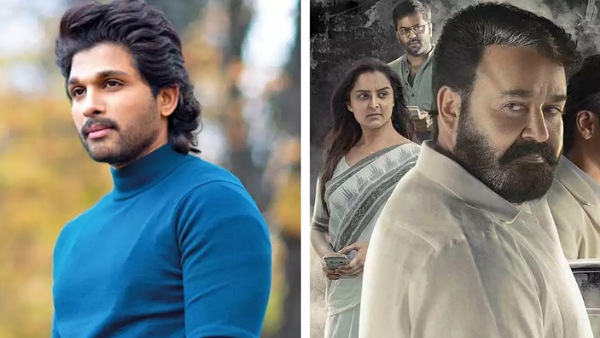 Allu Arjun Is Not A Part Of Chiranjeevi's Lucifer Remake, Who Will Reprise Prithviraj's Role?