Megastar Chiranjeevi is busy working on his 152nd film, Acharya. The actor had already begun shooting for the film but due to Novel Coronavirus outbreak, he became the first star to stop working. Amidst all, ever since Chiru started shooting for Acharya, his fans have been eagerly waiting to see the first look poster of the film. And guess what, their wait is going to be over soon!

As per the latest reports published in a leading entertainment portal, the makers of Acharya are all set to release the first look poster of the Chiranjeevi-starrer on the auspicious occasion of Sri Rama Navami i.e. April 2, 2020.

Earlier, makers were supposed to release Chiranjeevi first look on the occasion of Ugadi (Telugu New Year), but later, they changed their decision. Acharya also stars Kajal Aggarwal in the female lead. She replaced Trisha Krishnan who opted out of the film due to creative differences with the makers.

Trisha, in a tweet stated, "Sometimes things turn out to be different from what was initially said and discussed. Due to creative differences, I have chosen not to be part of Chiranjeevi sir's film. Wishing the team well. To my lovely Telugu audiences- hope to see you soon in an exciting project."

Based on a temple scam, Acharya also stars Ram Charan in a cameo appearance. Director Koratala Siva is bringing Acharya after delivering super hit like Bharat Ane Nenu with Mahesh Babu. It's also heard that Anasuya Bharadwaj will be seen shaking a leg for a special song in the film. 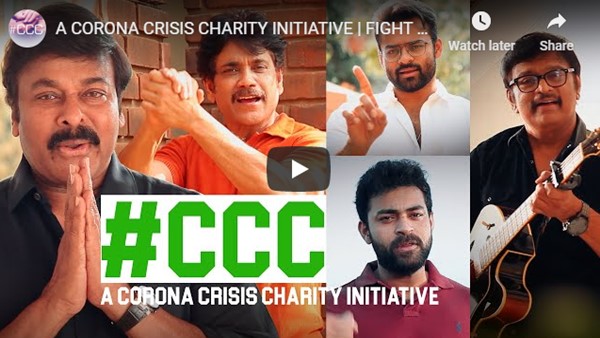 Also Read : Coronavirus Song Out! Chiranjeevi & Nagarjuna Starrer Track Is A Guiding Light For All

Acharya's music has been composed by Mani Sharma and is produced by Ram Charan and Niranjan Reddy. The Megastar Chiranjeevi-starrer, Acharya, is said to be released on August 14, 2020.