Recently, Australian cricketer David Warner posted a video featuring him, his wife Candice, and daughter Indi dancing to Allu Arjun's 'Butta Bomma' song from Ala Vaikunthapurramuloo. The video went viral in no time and received huge appreciation especially from the Indian fans. Even Allu Arjun took a note of it and tweeted a 'thank you' in the comment section.

Amid the lockdown, the cricketer is making sure to keep his fans entertained by constantly sharing videos of him and his family on social media. Well, Warner yet again took to his Instagram handle and shared a new TikTok video. The 10-second video featuring Warner, Candice, and Indi has the trio performing to the dance number 'Ramuloo Ramulaa' from Ala Vaikunthapurramuloo.

The video, shared on Instagram, has received over a lakh views within an hour. In the video, Warner can be seen wearing a printed shirt and jeans along with a pair of red sneakers. On the other hand, Candice in a long sleeve black t-shirt and faded jeans is just killing it with her moves. Their daughter Indi, on the other hand, could be seen enjoying the music and dancing adorably on her own. Warner and Indi drop the cap as they end the dance

He and she are back again 😂😂 @candywarner1 thoughts?? What’s the song?? #challengeaccepted #next #family #fun @alluarjunonline

The Sunrise Hyderabad Captain and the current TikTok sensation, Warner has earlier posted dance videos with daughters Ivy and Indi on Katrina Kaif's 'Sheela Ki Jawani' song from Tees Maar Khan. The adorable girls were seen sporting Indian attire with Warner dancing in the back. In yet another video, he was seen imitating Telugu Superstar Mahesh Babu, saying his famous dialogue from Pokiri, 'Vookasri commit aithe na mata neva vinnanu' which translates to, 'Once I commit, I won't even listen to myself''. His lip-syncing was absolutely on point with his intense look. 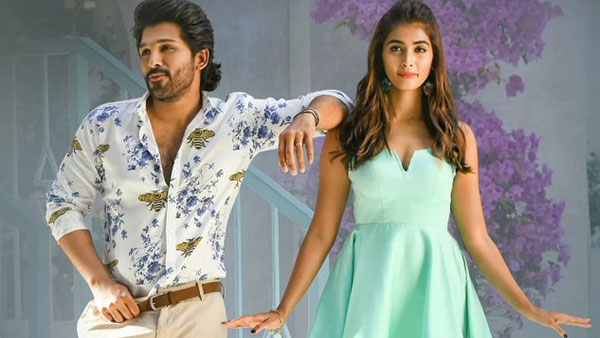 Ala Vaikunthapurramuloo's Butta Bomma Was A Last Minute Fill In, Reveals Thaman