When it comes to people incessantly enquiring about marriage, Devi Sri Prasad has not been spared too. The music composer has also been rumoured to be dating actresses like Charmee, Pujita Ponnada, and Pranitha. Well now, during a recent interactive session with fans, Devi Sri Prasad has given a hint of disapproval when asked about marriage and love failure. He was seen requesting people to not ask him about his marriage. He said, "Love failure for me? No. My only request is don't ask me about marriage. If a person asks the question, everybody starts asking a similar question. So, don't just ask that question."

Looks like the 40-year-old composer has joined the list of people who are showing complete disinterest in the subject of marriage. The Tollywood industry already has Prabhas, who is 40 but still remains single.

When asked about how he spends time during the lockdown, DSP responded that he is totally occupied with the re-recordings of the on-going projects. "I keep on buying new music instruments when I visit foreign countries. I wish to learn to play those instruments. But I could not fulfill my wish. Now, I'm learning them."

When asked about Power Star's project, he said that it should be announced officially. "It won't be good if I tell you."

Of lately, DSP dropped a one-minute video titled The Moon. The video released on Buddha Purnima ended with a beautiful message that read, "Last night, the moon sparkled over my house, speaking to me about the passing clouds in life..the tears.. the smiles.. the lows.. the highs... the darkness.. the light.. This pandemic too shall pass." 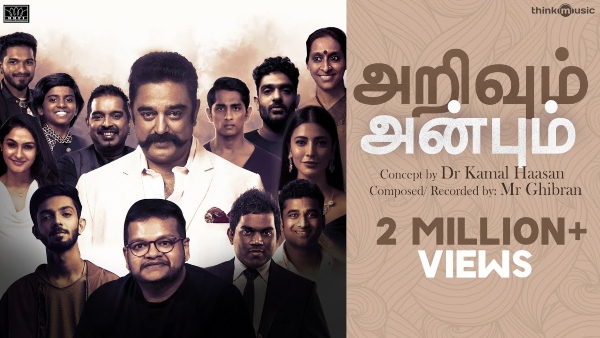