The countdown has begun, and the audience literally can't wait to watch the star-studded movie V on Amazon Prime Video from September 5. With the trailer, teaser and songs already making a buzz on social media, netizens have been showering praises on the cast and crew of the movie especially for the unconventional sound and visual treatment of the promising film.

Though the film is exceptional for many reasons including the action-thriller being the 25th film of Nani, one of the factors that indeed stands out from the rest is charming actress Nivetha Thomas' role as a strong yet unparalleled woman in the film, who seemingly creates a spark wherever she goes.

In an exclusive tête-à-tête with Filmibeat, Nivetha Thomas gets candid as she talks about her role in V movie, camaraderie with Nani, the exclusive OTT release of the highly awaited film and much more.

Going by the trailer and teaser of the film, you are essaying a very strong and impressive character named Apoorva. How different is your role in V when compared to your other films?

Mohan sir (Mohan Krishna Indraganti) is such a joy to work with and you just want to keep going back to his film set because it's extremely interesting to see his film making techniques. Having said that for V he is a very strong narrator, he can grip you take you into the story and I am a very visual thinker so the moment he started narrating the story to me, I could see how this is going to play out.

V is a largely male film so both the female leads have considerably less time than the male leads. Aditi and my role, we have something in the film to play which is prominent in a way, that it doesn't require too much time to be there in the film for you to recognize. So we have our parts which are extremely well-written and it's so hard to find good roles like that which is written in detail in film which is rather commercially appealing to a mass audience.

You have earlier worked with Nani for two other films including Gentleman and Ninnu Kori, both are romantic comedies. How different was it working with Nani for an action-thriller?

You unknowingly learn and observe a lot of things that will reflect a lot about how you think and the kind of choices you make. So he is a very dear friend and we have grown a lot from our time working in Gentleman and Ninnu Kori and this (V). Three very distinctive roles, for me and him, but it is not at all weird to see each other playing extremely different roles one film after the other, and I think we will continue to do that in the future as well, because I love working with him and I am grateful that people like seeing us together.

Tell us your experience working with Sudheer Babu?

I think V is probably one of his best roles yet and we are going to see a lot more of Sudheer in the films to come. He is an extremely disciplined actor, and I spent a lot of time in sets with him so I got to know how much of work has to be put into making sure you look apart and I think he did a fabulous job.

V is gearing up for an OTT release, which was not planned earlier by the team. You agree with the decision or think theatre releases are better?

Yes, we made this film for the theatrical experience because this film does give you that high in more than one scene. The amount of care that was taken with making the film visually brilliant, I think the film definitely deserved big screen.

Having said that, I think for this circumstance, this is the best solution that we could have had that we can provide audiences with, because a good film is always welcome no matter where it is released. And the good thing about Amazon Prime Video is the sheer exposure it's going to have in bulk, it is going to be released across 200 countries all at once. No matter where people are, which country people are from they are going to see content which is good and I think in that way this is a pretty big upside of V coming on Amazon.

What are your expectations from the V movie?

I think people are going to have a good time watching this film from the comfort of their houses. One thing I want to share with the people is that V is a mystery crime drama and I think it's going to be amazing. It's wonderful that people are speculating about it. This movie runs heavily on emotional aspects of all of these characters.

There have been reports that you are part of Mahesh Babu’s Sarkaru Vaari Paata and Prabhas’ upcoming project. Is there any truth behind such speculations?

No, I have not been approached by any of these films and if I have been, and if there were some sort of buzz that were created because of that, I would always go forward and let them know where it currently stands.

As the world is going through a tough time, what lesson has the lockdown taught you? How are you coping up with the new normal?

Yes, I have been learning a couple of softwares because I just wanted to brush up on couple of softwares that I studied in my five years of architecture. Other than that, we have been having discussions on scripts, much more elaborately now. We are having a pre-pre-production at home. I think it really did a good job at least for me to understand where I stand, understanding the scripts, asking the right kind of questions, collaborating with a lot of young directors and knowing their perspective to also know where I stand in films and choosing films in the industry right now. 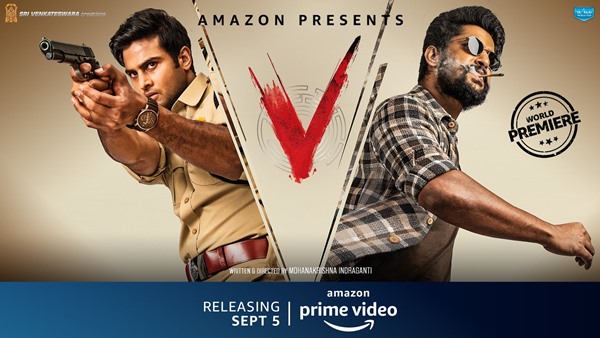 V Movie's New Poster Out! Nani And Sudheer Babu Are All Set To Challenge Each Other 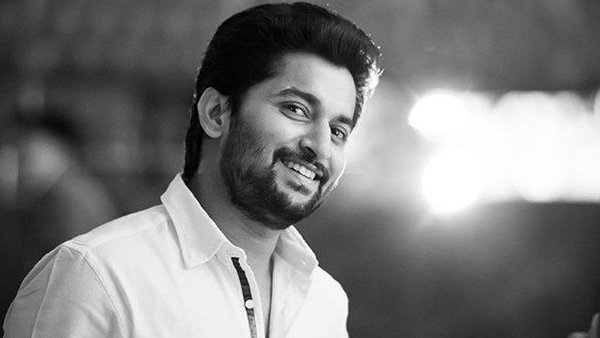 5 Movies Of Nani That Escalated Him From An Actor To A Natural Star!