Off late, Anushka Shetty has been in the news because of her personal life. Not too long ago, there was talk about her dating an Indian cricketer and then we reported about Anushka planning to marry her Size Zero director Prakash Kovelamudi. But recently the talented actress rubbished all rumours about her marriage plans.

Now the gorgeous lady is back in the limelight but this time it's because of professional reasons. Apparently, the Baahubali actress is in talks with a certain filmmaker who has been away from the sets for a very long time. Well, if you're guessing who are we talking about then let us tell you it's Mahesh P. His last directorial venture, Ra Ra Krishnayya starring Sandeep Kishan, failed miserably at the box office and since then Mahesh P hasn't helped any project.

As per a report in 123telugu.com, Mahesh P recently met Anushka and gave her a brief narration which the latter ended up liking. Now the filmmaker is working on the script as Ms Shetty has asked him to come back and give her a full-fledged narration. If Mahesh P manages to impress her then the 38-year-old will immediately sign on the dotted line and will also start shooting for the movie. Well, in that case, we do hope things work out between the two parties.

At the moment, Anushka is gearing up for the release of her mystery-thriller Nishabdham. Co-starring R Madhavan, Anjali, Michael Madsen, Subbaraju, Shalini Pandey and Srinivas Avasarala, the Hemant Madhukar directorial venture is scheduled to arrive in cinema halls on April 2. Initially, the movie was supposed to hit the screens in January but now has been pushed to April. 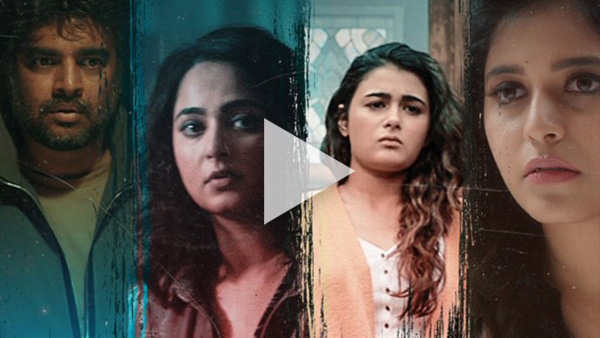