Samantha Akkineni is undoubtedly considered as one of the most popular actresses in Telugu as well as Tamil industry. Her fans have always been eagerly waiting to see her on the big screen. However, they may have to wait for a long now.

Well, the actor will next be seen in 'Jaanu' is planning to take a break from films to have a family. She is also set to take retirement in 2-3 years from her filmi career.

A love story that you'll fall in love with... #Jaanu hits the screens tomorrow!#JaanuFromTomorrow .. Book your tickets https://t.co/D9tu5kFpFA pic.twitter.com/GJ6a6FKz1f

In an interview with 123telugu, Samantha Akkineni quoted, "I am married and I need to think about my family. Besides, we all know that a heroine's career is quite short. That's why I may act for 2-3 years more." Well, this is indeed sad news for Samantha's fans.

Meanwhile, Samantha's next 'Jaanu' opposite Sharwanand is all set to release this Friday. The film is a Telugu remake of Tamil film '96'. This year is going to be the major turning point of Samantha's career.

After all, the 'Super Deluxe' actress is all set to make a debut on digital platform with a Hindi web series opposite Manoj Bajpayee. Samantha Akkineni was also offered a role in Hindi remake of 'U-Turn', but she denied to do it.

Now, the reports are doing rounds that director Ashwin Saravanan, who has made two notable films in Tamil, is apparently in talks with Samantha Akkineni for his third film. Apart from that, she is also in talks for a Kannada film as well. 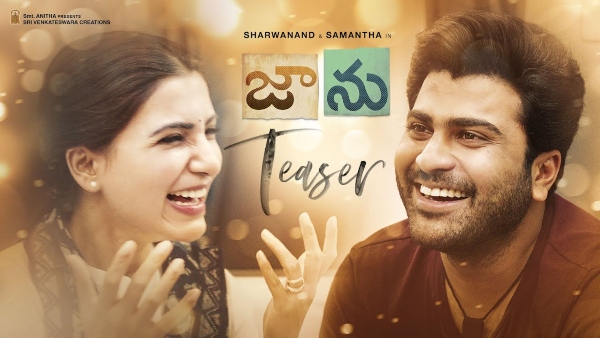