Jaanu, the romantic drama which features Sharwanand and Samantha Akkineni in the lead roles has finally hit the theatres today. The movie is an official remake of the 2018-released Tamil blockbuster 96, which featured Vijay Sethupathi and Trisha Krishnan in the lead roles. Prem Kumar, the director 96 himself has helmed Jaanu as well.

Sharwanand has reprised the role of Ram aka Ramachandran, played by Vijay Sethupathi in the original. Samantha Akkineni essays the titular character Jaanu, which was played by Trisha Krishnan. Govind Vasantha, the musician who earned wide accolades for the soundtrack of 96 himself has handled the music department of Jaanu.

Here is what the audiences have to say about Jaanu. Have a look...

A soulful drama between two beautiful characters Ram and Jaanu.

The entire school days setup and concept of the film is so refreshing.

Brilliant acting by #Sharwanand and
@Samanthaprabhu2
will keep you hooked throughout the film.

@Samanthaprabhu2
#Jaanu proud to be your fan!!! Jaanu cannot be calculated by it's success or box-office collection.. Jaanu is a memory..a gift from you and sharwa to Telugu audience, which i'll treasure..thanks for Jaanu Sam❤️ ticket daachukuntunna na memories bag lo🤗 #Samlove

#Jaanu.! A slow poison that really kills with script and performances.!! #Sharwanand undoubtedly created his own impact and tried to erase #VijaySethupathi for this role..! Of course even the whole movie is made of same shots as original but still created its own originality!

#JaanuFromToday the best movie... #sharwanand Was excellent.I just seen Ram Character.what a performance.all the scenes are visually blocked in my mind.younger generation shld watch this kind of movies.There Is Only One #Jaanu She Is
@trishtrashers
Mam Only 😍 No One Can Do It 👏

@Samanthaprabhu2
and #Sharwanand at their best


..80% houseful in Charlotte,US (People came to theatre upon thunderstorm warnings 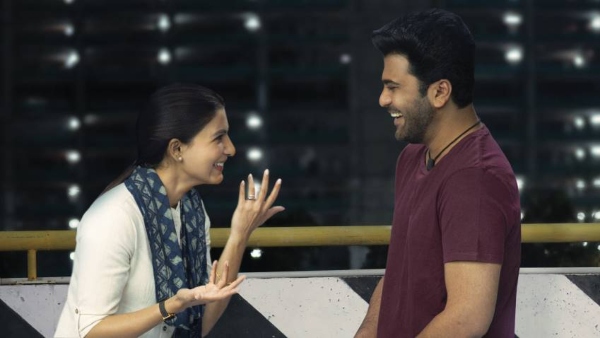