Ever since the Coronavirus lockdown has been imposed in the country, many daily wage workers faced a lot of problem in their life. Thus, many actors from Tollywood came in support of them and donated money towards Corona Crisis Charity fund. Amidst all, Brahmaji took a dig at Tollywood actresses for not donating money for the cause.

After his comment, Lavanya Tripathi came out and donated Rs 1 lakh to CCC fund. Notably, Lavanya became the first Tollywood actress to donate money for the Corona Crisis Charity. Reacting to the same, Lavanya, in an interview with Telugu Cinema, said, "Well, I just felt a sense of responsibility. I am what I am because of this industry and this is the least I could do by paying a certain amount to the people I have been working with. I can't compare with the actresses but I just did it what I thought was right."

Lavanya Tripathi feels that she has learned a lot of things due to this crisis."I have learned that every moment, everything is so important. We should not waste even a second of our lives. Freedom is everything. Now we have come to understand how animals feel locking them down in a zoo. I am completely against zoos. We should not lock any animal," said the Arjun Suravaram actress.

Speaking about activities in the quarantine period, Lavanya said, "I indulge in cooking, a lot. I have a habit of munch on something while watching a movie or series. I can't tell you whether I am a good cook or not but I have got good reviews for my food preparations (laughs). I love cooking Chinese food." 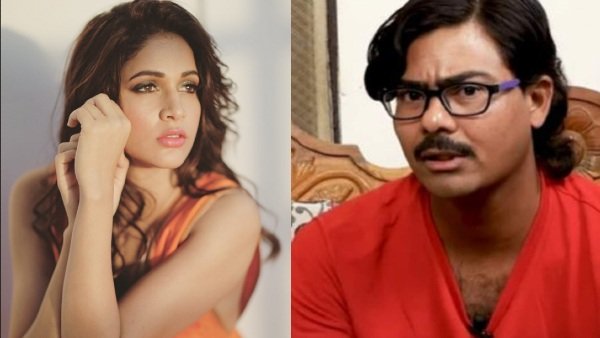 On a related note, Lavanya Tripathi will next be seen in A1 Express opposite Sundeep Kishan. Directed by Dennis Jeevan Kanukolanu, the film is a remake of the 2019 Tamil film Natpe Thunai.