Ever since Sarileru Neekevvaru hit the theatres in January this year, fans have been eagerly waiting for Mahesh Babu to announce his next project. Initially, the superstar was supposed to team with his good friend-cum-filmmaker Vamshi Paidipally. However, Mahesh wasn't impressed with the script and asked Vamshi to rework on it. Meanwhile, reports started doing the rounds about the handsome actor agreeing to do an extended cameo in Chiranjeevi's upcoming film, Acharya.

But turns out, those reports weren't true as well, since Ram Charan is the one doing the film which is being helmed by Koratala Siva. At least, that's what we have heard until now. Coming back to Mahesh, well, speculations were also rife about him joining hands with director Parasuram. We even reported about the same but also revealed that Parasuram has already signed Naga Chaitanya for a film.

Not too long ago, it was being said that Parasuram would be wrapping up his project with Chay first and will then proceed with his movie starring Mahesh Babu in the lead. But looks like that isn't the case at all. We say so because as per a report in gulte.com, Parasuram is all set to start shooting with Mahesh Babu. The talented director recently gave a full narration to the 44-year-old actor and the latter was happy with what was offered on the table.

Apparently, the movie is going to be an out-and-out family entertainer and the makers have already started the pre-production work. The untitled project will go on floors as soon as the Coronavirus situation gets better. Parasuram's directorial venture will be jointly produced by Mythri Movie Makers, G Mahesh Babu Entertainment and Koratala Siva's production company.

As for the Naga Chaitanya film, guess it will roll once Parasuram finishes shooting with Mahesh Babu. 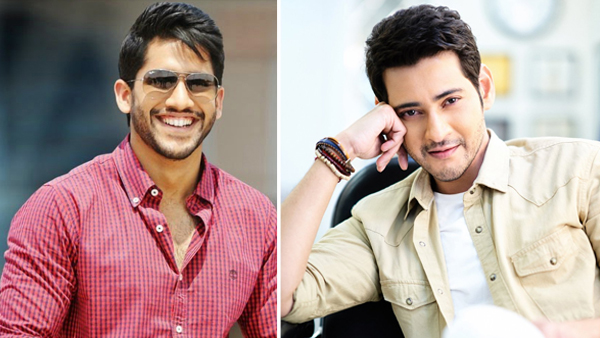 Naga Chaitanya Or Mahesh Babu: Which Actor Will Parasuram Work With Next?