Since the Coronavirus situation has gotten tricky, the Indian government has taken strict measures to curb the further spreading of the deadly virus. Apart from schools and colleges, movie theatres have also been shut in most parts of India and will remain closed until the end of this month. So now that most of you will be spending time at home, we have listed down 5 Telugu web shows that you should definitely binge-watch in the meantime.

This is the first web series that was made in Telugu and it came out back in 2016. Starring Niharika Konidela in the lead along with Abhi Pratap, Varsha Sirisha, Aditi Myakal, Harsha Narra and Mohan Bhagat, the show revolves around a couple who manage to fall in love before they go ahead with their arranged marriage. Directed by Pranith Bramandapally, Muddapappu Avakai is an easy-breezy watch and is available on the streaming platform Zee5.

Helmed by Shashank Yeleti, Mana Mugguri Love Story is a romantic comedy series that chronicles the life of a young confused girl who falls in love with two men at the same time. She has to choose between the two but she can't and that's the crux of the story. Created by Nandini Reddy, the show stars Tejaswi Madivada, Adith Arun and Navdeep in the lead roles. Mana Mugguri Love story is streaming on YuppTV.

This one is a dramedy about a next-door-party-girl who gets drunk and then later realizes she is pregnant. But here's the catch - she can't remember anything and therefore traces back everything that happened at the party, leading up to her becoming pregnant. Directed by Pavan Sadineni, the entertaining web series features Dhanya Balakrishna in the lead and is available for viewing on Viu.

A ZEE5 original, B.Tech is directed by Upendra Varma and revolves around three friends who have different aspirations in life. Though the show explores a familiar space, it still packs a solid punch, courtesy the way the show has been treated and executed. B.Tech stars Kaushik Ghantasala, Abhay Bethiganti, Meraj Ahmed and Madhulata Reddy in the lead.

If suspense-thriller is your favourite genre then you should definitely give this a watch. 703 is about a writer named Surya whose story has an uncanny resemblance to the mysterious death of a woman named Nakshatra. Directed by Anupam Teja Dandey, the gripping show stars Manoj Krishna Tanneru, Monika Thangalapalli, and Rajashekar Aningi. All the episodes are available on YouTube. 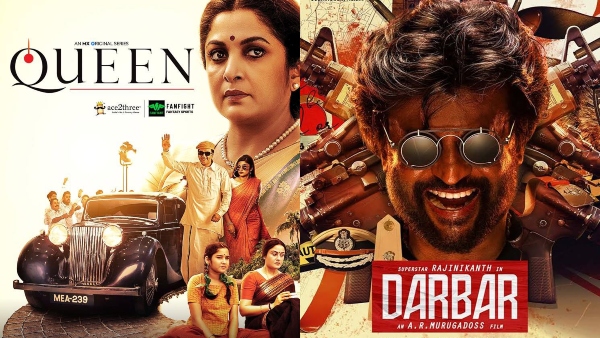