Young actor Naga Shaurya is currently going through a rough patch professionally. After Ammammagarillu and Nartanasala failed to pack a solid punch at the box office, everyone was looking forward to Aswathama which arrived in theatres this year on January 31. Since the actor wrote the story himself, expectations were quite high from the film. But sadly, Aswathama also didn't perform at the ticket windows.

Therefore, rumours were doing the rounds that Naga Shaurya's upcoming film with Avasarala Srinivas has been shelved. In fact, it was being said that the film's budget went overboard and hence the makers decided to keep the USA schedule on hold. However, all this isn't true as the film in question, titled Phalana Abbai Phalana Ammai, is very much happening. The cast and crew have already finished shooting half of the film and the remaining portions will now be shot in the US.

Announcing the same and putting all the rumours to rest, production house People Media Factory took to Twitter earlier in the day and wrote, "@IamNagashaurya and #AvasaralaSrinivas project is 50% done and rest is to be shot in the USA. We are waiting for visas, project is very much shaping up well and rumors of shelving the project are wrong and baseless."

Avasarala Srinivas, on the other hand, posted a note on his Instagram account and assured his fans that his film with Naga Shaurya is in the making. He also revealed that the entire team of Phalana Abbai Phalana Ammai will zoom off to the US at the end of April for the next schedule. Since Naga Shaurya desperately needs a hit under his belt, it's definitely good news that his upcoming project is on. 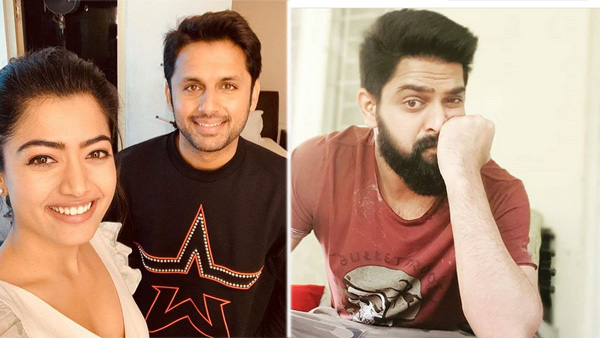