Nirbhaya convicts' hanging is the talk of the town. A lot of celebrities have taken to their respective social media handles to speak about the hanging of convicts of the brutal rape case of 2012 that shook the entire country. Tollywood stars have lauded the hanging and came out in support of Nirbhaya's parents who waited for seven long years for justice to be served.

Superstar Mahesh Babu who enjoys a whopping 9 million followers on Twitter wrote, "#NirbhayaVerdict restores our faith in the judiciary. Saluting her parents and their advocates for their continuous unflinching efforts."

Long awaited but Justice done!! #NirbhayaVerdict restores our faith in the judiciary. Saluting her parents and their advocates for their continuous unflinching efforts. Respect for our judicial system🙏🙏 still advocating for stricter laws and quicker verdicts in heinous crimes🙏

Actress Kasthuri Shankar who never shies away from taking her stand on different topics, be it social issues, politics or movies, lashed out at the lawyers who defended the Nirbhaya case convicts.

On one hand, so called 'senior' Lawyers Shams Khwaja and AP singh who defended the #nirbhayaconvicts and made the nation wait seven years for Justice.

On the other, Seema samriddhi , a young lawyer on her very first case who never gave up. #NirbhayaCase pic.twitter.com/DZYLl87mdj

South diva Tamannaah Bhatia also expressed satisfaction over the execution of the rapists.

Beginning the day with the incredible news that the #Nirbhayacase convicts are executed. Justice has been served.

Actress Anasuya Bharadwaj sought the juvenile rapist of Nirbhaya to be hanged as well.

Par Adhuri?? When he can rape he is no more a minor.. not then not now. #HangAfrozToo #NirbhayaBetrayed https://t.co/1a812d7M0e

Varalakshmi Sarathkumar questioned Prime Minister Narendra Modi that doesn't he think it's time to enforce the death penalty for rape within atleast 6 months of the crime.

Do you honestly think justice was severed after 7 years??? Don’t you think it’s time sir that we enforce #deathpenaltyfornrape within atleast 6months of the crime.?? Do you think it’s fair that women lose their lives to this crime and we take so long to give them justice?? https://t.co/T04TokKDTX

Ravi Teja called the hanging an incredible news and saluted Nirbhaya's mother and lawyer who fought tirelessly for years.

Such incredible news...After seven long years, Nirbhaya case convicts have finally been executed! I Salute the mother and the lawyer who fought tirelessly for so many years to get justice🙏#NirbhayaVerdict


Scriptwriter Harish Shankar S wrote that he never thought that someone's death would give him so much relief.

After postponing thrice, the four convicts were hanged to death in the wee hours of Friday (20th March) in Delhi's Tihar Jail. 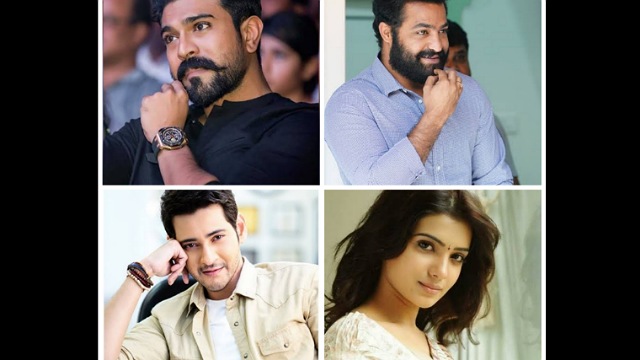