It was recently reported about Jr NTR teaming up with Director Trivikram for a thriller after Roudram Ranam Rudhiram (RRR). If rumours are to be believed, the movie, tentatively called NTR 30, will have its title announcement on Jr NTR's birthday, i.e on 20th May. Earlier, buzz claimed that makers are considering Ayinanu Poyiraavale Hasthinaku as the title.

The movie, bankrolled jointly by Haarika and Hassinie Creations and NTR Arts will have Bollywood's Khalnayak Sanjay Dutt essaying an important role. If so, this will be a comeback of the star in Tollywood after 22 years of Chandralekha, starring Akkineni Nagarjuna and Isha Koppikar in the lead roles. Also, looks like the makers of NTR 30 are going to adopt the RRR strategy of roping in Bollywood actors to play the lead. As per the buzz, a B-town actress will be essaying the female lead of the movie, which will have a summer release in 2021.
On a related note, NTR 30 will mark the second collaboration of the actor-director after Aravinda Sametha Veera. The 2018 movie turned out to be a successful hit at the theatres and had garnered a positive response.
Meanwhile, Jr NTR is busy with SS Rajamouli's RRR. Starring Ram Charan and Jr NTR in the lead, the completely fictional story is based on two legendary freedom fighters, Alluri Sitarama Raju and Komaram Bheem. The project also marks the Telugu debut of Alia Bhatt and Ajay Devgn. It will also feature Olivia Morrison, Ray Stevenson, Allison Doody and Samuthirakani in pivotal roles. 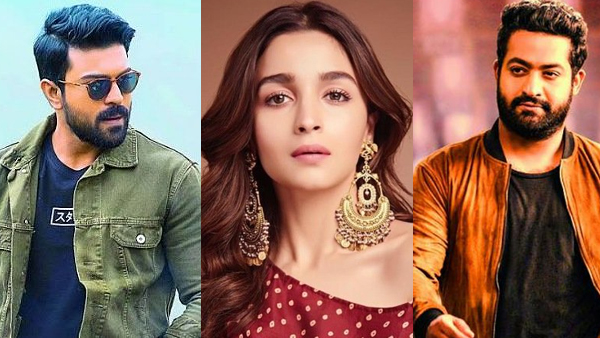