Jr NTR's birthday gala has just begun and the fans literally can't keep calm! The fans of the Young Tiger are all set to wish the actor on his special day, i.e.on May 20. Jr NTR fans have been prominently trending #HappyBirthdayNTR on social media, which has now become the fastest hashtag to reach 1M on social media. Interestingly, the hashtag has surpassed the other records within a time limit of 20 minutes. For the unversed the fans of the celebrities, especially of the south stars, trend birthday or film anniversary hashtags as a gift to their favourite actors.

Taking a look at the previous records of the Top 5 Biggest Birthday Twitter Trends In India, Power Star Pawan Kalyan's #HappyBdayPawanKalyan tops the list with 10.51M wishes. #HBDDearestThalaAJITH has trended over 8.3M times and has procured the second spot on the list. Thala Ajith has become the only actor outside the Tollywood industry to feature in the top 5 list. Superstar Mahesh Babu's hashtag #Happy BirthDaySSMB has trended almost 8.3 times, acquiring the third position. Interestingly, Pawan Kalyan's other birthday hashtag #HBDJanaSenaniPawankalyan has a mark of 7.4 Million. Similarly, Mahesh Babu has taken the fifth position with the hashtag #HBDSuperstarMAHESH, which trended 4.5M times on social media.

Also, taking a look at the Top 5 Biggest Twitter Trends In India, the recent 8th-year anniversary hashtag of Pawan Kalyan's Gabbar Singh, #8YrsOfGabbarSinghHysteria has topped the list with a 13.4M mark. Pawan Kalyan's birthday hashtag #HappyBdayPawanKalyan has trended over 10.51M times on social media, becoming the second on the list. Recently 14th year anniversary of Mahesh Babu's Pokiri became a moment of celebration for the fans, as hashtag #14YearsForSouthIndiaHPokiri trended for almost 8.55M times, acquiring the third spot. Interestingly, the fourth spot has been taken by Jr NTR fans as they trended #NTRBdayFestBegins for his previous birthday, which crossed 8.5M wishes on social media. Yet again, Ajith's hashtag #HBDDearestThalaAJITH has scored 8.4M trends taking the fifth spot on the list.

Well, going by the fans' euphoria, and Jr NTR's previous hashtag mark of 8.5 Million, clocking 10.51M (birthday hashtag) and 13.4M (biggest Twitter trend) seems to be a cakewalk. Indeed, it won't be an exaggeration to say that the hashtag may even cross 15M by the end of the celebrations tomorrow. Jr NTR fans seem to be determined to rule the Twitter trends by breaking the records set by the die-hard fans of the big stars of Tollywood. Well, we have our fingers crossed! 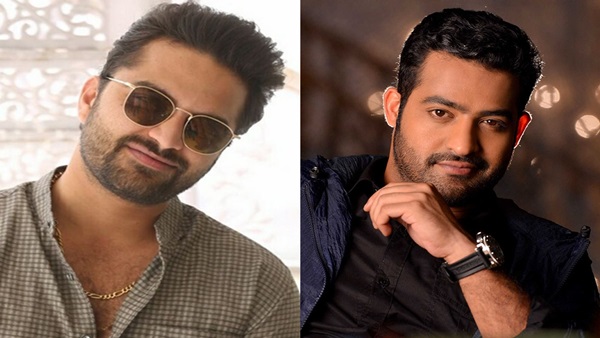