Looks like Prabhas' wedding rumours are here to stay. The actor, who was linked to his Baahubali co-star Anushka Shetty, was recently rumoured to be dating Niharika Konidela. It was also said that the actress, who is Chiranjeevi's niece would apparently tie the knot with Prabhas soon. Well, during an interview, Niharika rubbished the rumour and said, "I am not going to tie the knot with anyone and all these are just baseless rumours. Even in the past, there were so many reports about my marriage with Sai Dharam Tej.

The media started speculating Prabhas' future wife, thanks to his uncle's Krishnam Raj's announcement. Krishnam had declared that the Pan-India star will soon get married. Well, the actor has now broken his silence on the wedding rumours and said that he is not against the idea of marriage. Prabhas was quoted as saying, "I am not averse to the idea of marriage. I will definitely tie the knot but I don't know when will this happen."

When asked about the link-up reports with Anushka Shetty and Niharika Konidela, he said, "More than my family members, it is the media that is interested in me getting married."

Earlier, there were rumours that Prabhas and Anushka had bought a new house in Los Angeles and the actor organised a special screening of Saaho for his ladylove, among others. With fans hoping for the Baahubali actors to reunite in real life, we wish the very best to both of them for their wedding.

Talking about Prabhas' future projects, he will next be seen in Radha Krishna Kumar's directorial, which is tentatively titled, O Dear. The movie, which is slated to hit the screens in mid-2020, might get delayed due to the Coronavirus lockdown.

He will be seen romancing Pooja Hegde in the romantic thriller. He is also a part of Nag Ashwin's yet-to-be-titled movie. 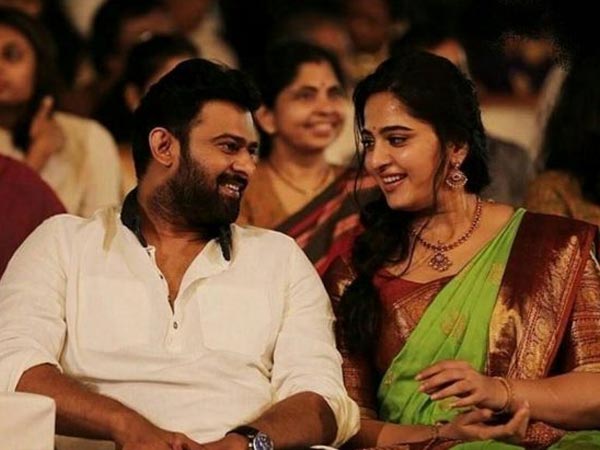 Prabhas Has Been Video Conferencing With Anushka Shetty During Lockdown?