Amazon Prime Video today announced the upcoming digital premiere of recently released Telugu film, Madha. Helmed by first-time director Srividya Basawa, Madha is a female-centric psychological thriller that revolves around a small-time proofreader, Nisha. The film has been a festival favourite and was highly appreciated by fans during its limited run in theatres. Prime members across 200 countries and territories will now be able to watch this Trishna Mukherjee, Rahul Venkat and Anish Kuruvilla starrer from April 8 onwards.

"I am excited about the love we have been receiving on Madha," debutante director Srividya Basawa commented, "despite the limited theatrical run due to the pandemic; we have received a phenomenal response by viewers. It has been an amazing experience working with the talented cast and I am happy that the audience will now be able to enjoy Madha from their personal devices on Amazon Prime Video."

Lead actress Trishna Mukherjee also said, "I am thrilled that audiences have the chance to watch Madha so soon after it releases! It was an absolute delight to work on a mystery thriller with a talented cast as well as with Srividya Basawa who made her directorial debut with this film. Due to the ongoing global crisis, our film's theatre run had to be cut short, but as Madha makes its digital debut on Amazon Prime Video, audiences can now enjoy it from the safety and comfort of their homes."

Madha will join the thousands of TV shows and movies from Hollywood and Bollywood in the Prime Video catalogue. These include Indian-produced Amazon Original series like The Family Man, Mirzapur, Inside Edge and Made In Heaven, and award-winning and critically acclaimed global Amazon Original series, including Tom Clancy's Jack Ryan, The Boys, Hunters, Fleabag and The Marvelous Mrs. Maisel, all on Prime Video. The service includes titles available in Hindi, Marathi, Gujarati, Tamil, Telugu, Kannada, Malayalam, Punjabi and Bengali. 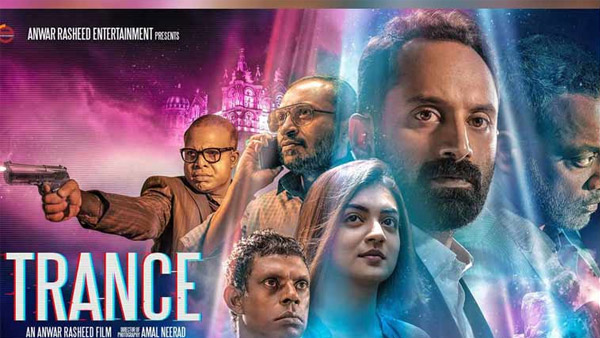 Fahadh's Trance On Amazon Prime, Streaming Comes As A Relief To Movie Buffs During Home Quarantine