Predominantly seen in Tamil and Malayalam movies, Jayaram's awe-inspiring performance in his recent Telugu venture Ala Vaikunthapurramuloo was highly appreciated by critics and audiences alike. The Padma Shri awardee has been garnering much love from the Telugu-audience post playing a lovable father to Stylish Star Allu Arjun in the film.

Well, looks like Tollywood is pleased with the senior actor and his impeccable acting chops, as he grabs another big offer. The actor took to his Instagram space to confirm his inclusion in one of the biggest films of the Telugu film industry, Radhe Shyam. Sharing a picture with the one and only Prabhas, Jayaram wrote, "Great to be teaming up with the incredible @actorprabhas, for @radheshyamfilm a heartwarming story, my next Telugu project. Amazing to witness his persistence commitment and honesty with his craft."

Now, the picture of the duo has gone viral on social media and fans are thrilled and eager to see them together on-screen. Though it is not confirmed, reports suggest that Jayaram will be playing the role of Prabhas' father in the movie. On the other hand, Radhe Shyam will mark the senior actor's second collaboration with Pooja Hegde. The duo had earlier shared screen-space in Trivikram Srinivas' Ala Vaikunthapurramuloo.

Talking about his projects, Jayaram was last seen in the Tamil anthology film Putham Pudhu Kaalai. His next ventures include Venkat Prabhu's Party and Mani Ratnam's Ponniyin Selvan (both Tamil).

Coming back to Radhe Shyam, the romantic drama directed by Radha Krishna Kumar is backed by Vamsi, Pramod and Praseedha under UV Creations and Gopikrishna Movies. The film made on a massive budget of Rs 150 crore also features Jagapathi Babu, Bhagyashree, Satyaraj, Sachin Khedekar, Beena Banerjee, Murali Sharma, Riddhi Kumar and Shasha Chettri. The Prabhas-starrer presented by veteran actor UV Krishnam Raju will have a release in Telugu, Malayalam and Hindi. Justin Prabhakaran is the music composer of Radhe Shyam.

Radhe Shyam: The Cost Of A Special Set Erected For Prabhas-Pooja Hegde Film Will Blow Your Mind! 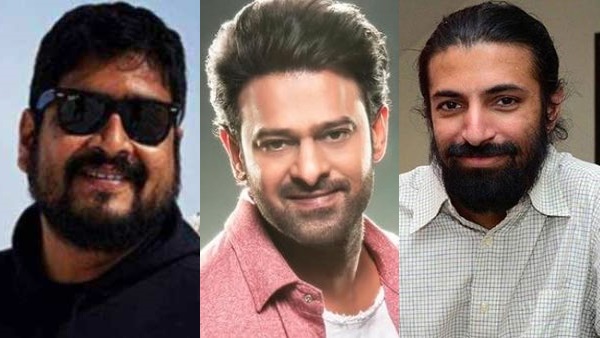