Rana Daggubati is getting married to his fiancée Miheeka Bajaj today (August 8) in the presence of 30 family members at Ramanaidu Studios, Hyderabad. The Baahubali actor has dated Miheeka Bajaj for quite a long time. But he made his relationship official on social media only in May 2020.

So, on the occasion of Rana Daggubati and Miheeka Bajaj's wedding, let's have a look at their beautiful journey from proposal to marriage:

Rana Daggubati met Miheeka Bajaj through Venkatesh Daggubati's daughter and his cousin Ashritha. Miheeka and Ashritha were classmates. Reportedly, Rana was earlier in a relationship with actress Trisha. The Baahubali actor and Miheeka knew each other for many years before they got into a relationship.

Ahead of the lockdown, love started blooming between Rana Daggubati and Miheeka Bajaj. And finally, on May 12, Rana officially announced his relationship on Instagram, by posting a picture with Miheeka. He captioned the snap as, "And she said Yes :) #MiheekaBajaj."

On May 21, Rana Daggubati and Miheeka Bajaj made their relationship official with a roka ceremony hosted by Daggubati and Bajaj family at Ramanaidu Studios. During this ceremony, the bride and groom's family members officially meet each other and confirm the wedding. The ceremony was attended by Naga Chaitanya and Samantha Akkineni too.

Rana Daggubati's father Suresh Babu informed a leading news portal that the wedding will take place on August 8. They are hosting an intimate wedding ceremony which will be attended by only 30 family members. The decision has been taken by both the families owing to the current COVID-19 situation in the country. Rana and Miheeka's wedding and pre-wedding ceremonies will happen as per Telugu and Marwari customs. Ramanaidu Studios will be converted into a bio-secure bubble and hosts will take care of all the precautionary measures to curb the spread of Coronavirus.

The pre-wedding festivities had begun at Miheeka Bajaj's house in Hyderabad, which was fully decked up with flowers. It started with Haldi ceremony which was attended by her close friends, cousins and family members. The pictures from the ceremony went viral on social media and fans started getting curious for more inside updates. Rana Daggubati's Pelli Koduku ceremony and Miheeka Bajaj's Mehendi ceremony took place yesterday. Samantha Akkineni visited Rana's house to celebrate his last day of bachelor life.

Miheeka Bajaj's mother and jewellery designer Bunty Bajaj got emotional at the Bhaat ceremony. She posted a picture of Miheeka who donned her mother's wedding lehenga. Taking to Instagram, Bunty Bajaj wrote, "Baht function wearing my wedding outfit , could not stop crying my baby is all grown up.#BAJaoeD."

Rana Daggubati And Miheeka Bajaj Are ‘Ready’ For Wedding

Today, Rana Daggubati shared a picture with his father Suresh Babu and uncle Venkatesh Daggubati on Twitter, and wrote, "Ready!!!" On the other hand, Miheeka's mother Bunty Bajaj shared a photo of Miheeka on Instagram and wrote, "My baby final day has arrived #BAJaoeD."

Now, let's wait for the wedding pictures of Rana Daggubati and Miheeka Bajaj! 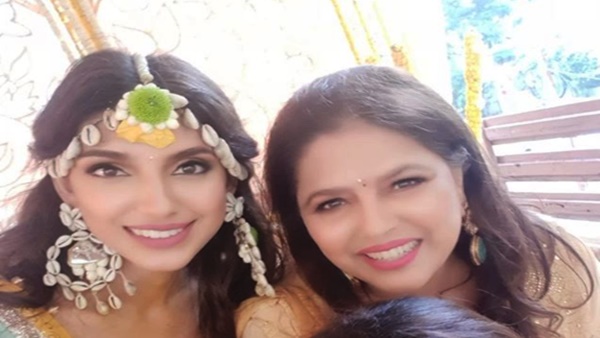 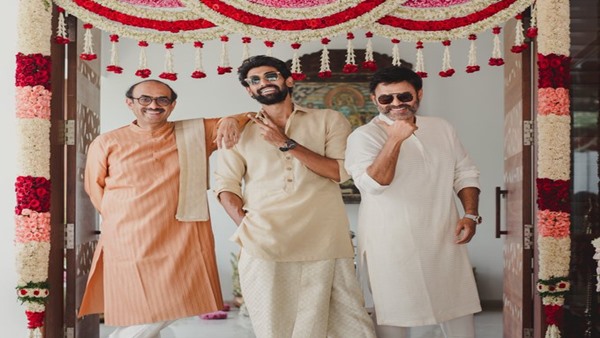 Also Read : Rana Daggubati Is All Set To Get Married To Miheeka Bajaj; Posts Picture Ahead Of The Wedding