After dishing out India's highest-grossing film of all time, Baahubali: The Conclusion, filmmaker SS Rajamouli is now gearing up for another big-budget release. His upcoming directorial venture, Roudram Ranam Rudhiram, has been the talk of the town since its inception for obvious reasons. Featuring an ensemble star-cast, the movie is slated to arrive in theatres next year on January 8.

Just a few days back, the motion poster of RRR was unveiled on social media and within no time it started trending. Then on March 27, a special video was released by the makers as it was their star hero Ram Charan's birthday. But from him, RRR stars Jr NTR and Bollywood actors Ajay Devgn and Alia Bhatt.

While the Highway heroine is yet to start shooting for the film, Ajay, on the other hand, has already wrapped up his part and SS Rajamouli just can't stop gushing about the actor. According to a report in desimartini.com, the Baahubali director told Rajeev Masand in a recent interview that everyone on the sets was in awe of Ajay's simplicity. On the last day of his shoot, a good amount of filming was supposed to be canned and Devgn worked non-stop to ensure everything was completed.

In fact, Ajay didn't even use his vanity van unless he had to change his outfit and he took a very small break just for his lunch. Seeing his dedication, everyone was obviously taken aback including the RRR director himself. Apart from this, Rajamouli also revealed why he decided to cast the Singham actor in his magnum opus. The filmmaker said, "There's incredible amount of honesty on his face, whatever he says onscreen or off-screen you believe it."

Well, we are pretty sure Ajay must be happy with all the compliments coming his way. Now let's hope he makes an impressive Telugu debut as well with RRR. On the professional front, Kajol's hubby has three other projects on his plate - Bhuj: The Pride of India, Maidaan and lastly Kaithi remake 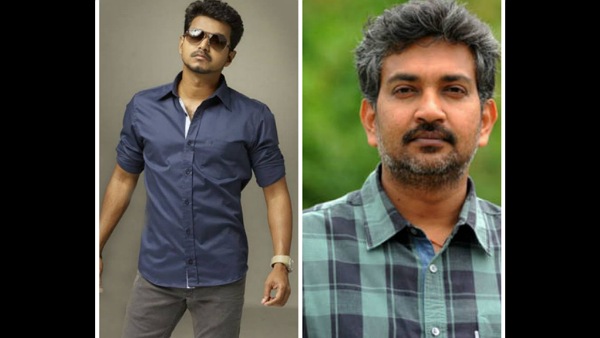 What's The Truth About Vijay's Cameo In SS Rajamouli's RRR?