SS Rajamouli's magnum opus RRR recently became the talk of the town for its hashtag trends that took over the social media. Of lately, hashtags #KomaramBheemNTR and #KomaramBheemEuphoriaSoon began trending along with #JrNTR on Twitter, and left many wondering the reason behind the same.

Well, let us tell you that the fans and followers of RRR and the cast are celebrating a rumour which is doing the rounds on the internet now. If the gossips are to be believed, RRR will soon start rolling from October 5, 2020 (Monday) and a special update i.e., the motion poster of Jr NTR as Komaram Bheem will be unveiled on October 22, 2020 (Thursday).

It is to be noted that the lead actor Jr NTR was not given any surprise on his 37th birthday (May 20, 2020) by the makers unlike Ram Charan, whose first look motion poster was dropped on his big day. As per reports, Tarak fans were disappointed with the makers and had also requested them to give an update related to the actor. Let us tell you that Ram Charan's character as Alluri Sitarama Raju was shown in a fiery avatar in the massive motion poster released on his birthday on March 27, 2020.

The film set in the backdrop of 1920's pre-independent India, is based on a fictional story of the two legendary freedom fighters Alluri Sitarama Raju and Komaram Bheem, played by Ram Charan and Jr NTR respectively. The highly awaited period drama will also feature an ensemble cast including Alia Bhatt, Olivia Morris, Ajay Devgn and Shriya Saran in key roles. Bankrolled by DVV Danayya, the film is scheduled to be released on January 8, 2021 on the special occasion of Sankranti. 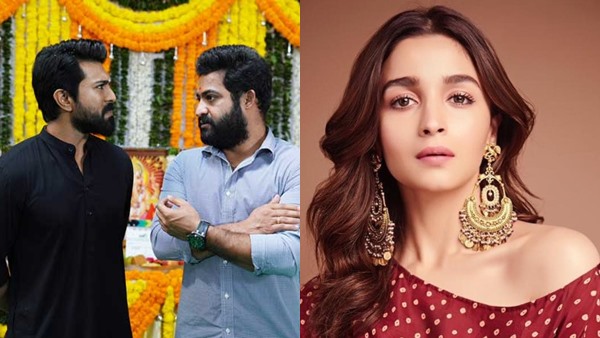