South diva Samantha Akkineni is truly one of the most charming and talented actresses down south. The leading lady of Tollywood, who is usually seen interacting with her fans on social media, recently hosted a Question & Answer session with her fans. The session also marked a virtual celebration for the celebrity and fans as the former hit the milestone of 10 million followers on Instagram.


Samantha shared a picture of herself from a movie and wrote, "Yayyyyyyyyyy 10 million ? ... taking a cue from the gorgeous @natalieportman I have donated to 10 amazing NGO's in honour of my big ten million family? I love you all."

A post shared by Samantha Akkineni (@samantharuthprabhuoffl) on May 26, 2020 at 3:21am PDT

Reply To Haters In Style!

The actress took to her Twitter handle, wherein, she was asked questions by the Twitterati. When asked about her reply to the haters, the epitome of cuteness Samantha, said that they were her inspiration to do better and best work. She replied, "Unfortunately for you..you don't realize that you inspire me. Compliments make me lazy insults propel me to give my best work.. so Thankyou."Well, this statement of Samantha reminds us of the quote, "Keep your friends close, and you enemies closer."

Interestingly, majority of the questions were regarding her husband-actor Naga Chaitanya. Known as one of the most popular pairs in the industry, the duo's sizzling chemistry is something that makes us go aww. Coming to the Q&A session, the actress was asked to describe Naga Chaitanya in one word by a user, to which she tweeted "Happiness". Another fan asked if she has tried cooking this time, since he had seen chay telling that he cooks food for her most of the time, the diva replied admitting that she cooked for her dearest with a "Yes".

When a Twitterati asked Samantha to share her views about actress Amala Akkineni, who is also her mother-in-law, the actress replied that she was a friend and a guide to her. Interestingly, to a user question about Karnataka crush Rashmika Mandanna, the actress said that she thinks Rashmika is incredibly hard working. She also appreciated her dance moves in films.

The south diva was recently seen in 2020 movie Jaanu, alongside Sharwanand. Directed by C. Prem Kumar, the romantic drama is a remake of his Tamil film ‘96. Samantha Akkineni will next be seen in Tamil movie Kaathuvaakula Rendu Kaadhal directed by Vignesh Shivan alongside Nayanthara and Vijay Sethupathi. The movie's shoot will resume once the lockdown ends. 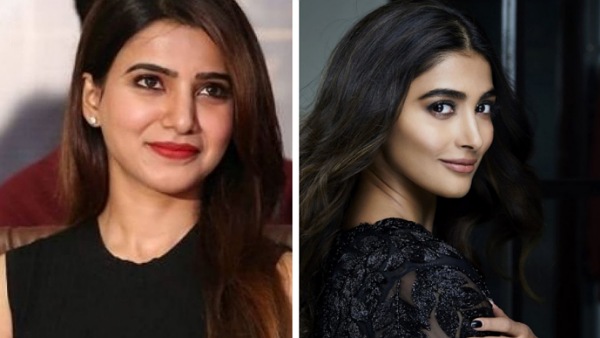