Sobhita Dhulipala, who made her Telugu film debut with 2018's commercial success Goodachari, is all set to feature in the bilingual film, Major. Directed by Sashi Kiran Tikka, Major is based on the life of late NSG (National Security Guards) commander Sandeep Unnikrishnan, who died in the line of duty, trying to save 14 hostages inside the Taj Mahal Hotel during the 26/11 attacks.

Major is indeed a special film for Sobhita Dhulipala as she will be reuniting with the team of her debut Telugu film Goodachari. Major features Telugu actor Adivi Sesh as Sandeep and is produced by Sony Pictures India and Mahesh Babu. Speaking about reuniting with Goodachari team, Sobhita said, "Goodachari went on to become a critical and commercial success, so it is wonderful to reunite with the same team for a film as feisty as Major. Sesh and Sashi, who have become my friends, are people with immense clarity of thought and action."

Mentioning about challenges while making this film, Sobhita said, "It is going to be an extreme yet tender, emotional experience. The attack gave us stories of courage, loss and tension, while also leaving behind massive wounds." While describing shortly about her character and preparation, Sobhita reveals her character arc is impeccably detailed and honest and feels that it is integral to the narrative. 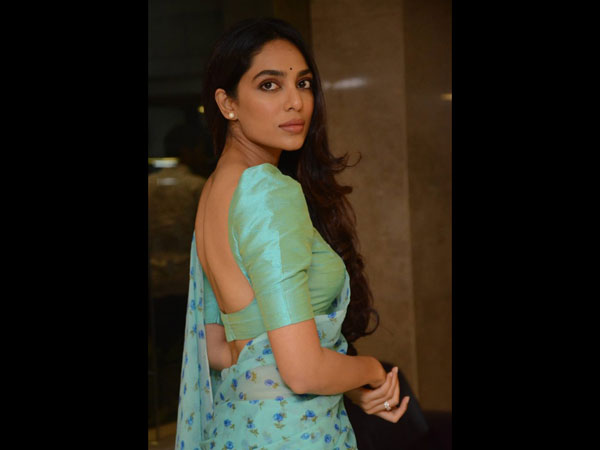 Also Read : After Being Trolled For 'Disrespecting' Mahesh Babu, Sobhita Dhulipala Hits Back Like A Boss

Apart from Sobhita, director of Major, Sashi Kiran spoke about the reunion with Sobhita. He said, "It is exciting that we are doubling the challenges by making this film in Hindi simultaneously."

Sobhita Dhulipala already kick-started the shooting of Major. Apart from Major, she will next be seen opposite Dulquer Salmaan in Malayalam film Kurup. The actress is also a part of Mani Ratnam's most awaited project, Tamil film Ponniyin Selvan.