Looks like the speculation game around Vakeel Saab is not going to end soon. With recent rumours about Shruti Haasan's inclusion in the highly-anticipated Vakeel Saab, another buzz has hit the internet regarding inclusion of one more south diva. Recent grapevine suggests that Tamannaah Bhatia has been approached by the makers of the Pawan Kalyan movie, to essay a pivotal role, which was earlier reportedly bestowed to Shruti Haasan.

It is said that earlier, the actress was not too keen on essaying the role because of the short duration of her character, but later nodded a yes. However, an official announcement about the same is yet to be made by the makers, to see if it was a mere rumour or an actual reality. If true, Tamannaah and Pawan Kalyan will have their second collaboration in Vakeel Saab after the 2012 movie Cameraman Gangatho Rambabu.

Talking about ShrutI Haasan's exit from the movie, recently, while in conversation with a leading entertainment portal, the Srimanthudu actress had revealed that the news about her inclusion was just an elaboration of a rumour. She was quoted as saying, "It was something that just passed by. It wasn't concrete. It's really an elaboration of a rumour. So I wouldn't like to talk about it."

Coming back to Vakeel Saab, Directed by Venu Sriram, the movie also stars Anjali, Nivetha Thomas, Ananya Nagalla and Prakash Raj in key roles. Jointly bankrolled by Boney Kapoor and Dil Raju, the movie is currently halted due to the ongoing COVID-19 outbreak and subsequent lockdown. For the unversed, Vakeel Saab is the official remake of the Bollywood film Pink, starring Amitabh Bachchan and Taapsee Pannu in the lead roles. 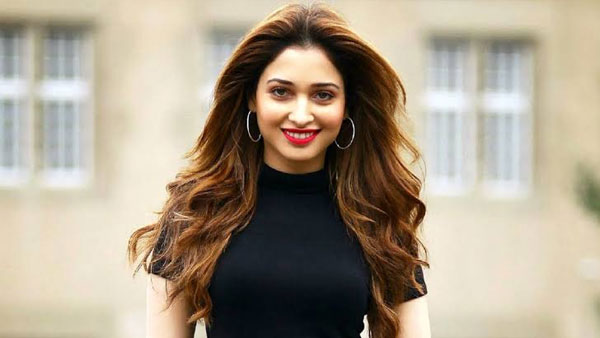 Tamannaah Bhatia On Nepotism In Showbiz: I Worked Hard And Kept Getting Opportunities