Pawan Kalyan's highly-anticipated film Vakeel Saab has been in the news ever since it went on floors back in January. Since the courtroom drama will mark Kalyan's comeback on the big screen after two long years, the hype around the film is quite high. In fact, the entire team of Vakeel Saab has been shooting non-stop to make sure the movie is ready on time for its release.

Directed by Venu Sriram, Vakeel Saab was to arrive in cinema halls this year on May 15. But as per the latest buzz, the movie has been postponed and is expected to hit the screens in June instead. If you guys are wondering the reason behind this delay, then let us tell you that it's not because of the coronavirus scare.

According to a report in cinejosh.com, Pawan Kalyan will be taking a break from the shoot to campaign for his party as the Andhra Pradesh local body elections are just around the corner. The actor-turned-politician wants his party to win in the local polls and hence will be devoting his precious time to ensure the same.

Knowing how committed the superstar is to his political career, we are not surprised to hear this piece of information. As for all the fans out there, guess they'll have to wait a little longer to see their favourite actor back on the silver screen. Though no official announcement regarding the postponement has been made as of now, we hear the makers will soon confirm the news.

Jointly produced by Dil Raju and Boney Kapoor, Vakeel Saab is the official remake of Bollywood blockbuster Pink which starred Amitabh Bachchan and Taapsee Pannu in the lead. In the Telugu version, Pawan Kalyan is reprising the role of Big B whereas Nivetha Thomas is essaying the role of Taapsee Pannu. 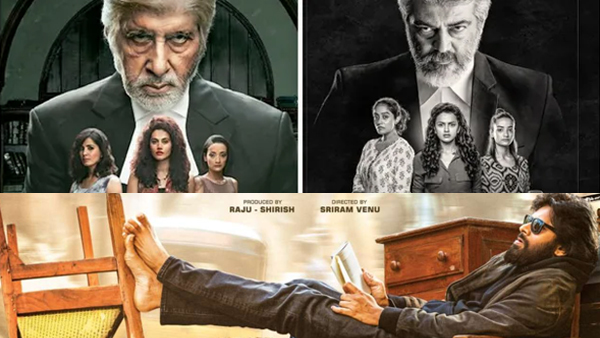