Vijay Deverakonda has an immense fan following amongst the masses, but the actor is facing back-to-back failures at the box office. The Arjun Reddy actor's last film, World Famous Lover turned out to be a disaster at the box office.

Well, Vijay Deverakonda has always been candid in his interviews and recently, he didn't hesitate to say that World Famous Lover's execution was messed up. In a video interview with Rajeev Masand, Vijay Deverakonda admitted that the film was amazing on paper.

Vijay confessed, "The film was amazing on paper. But we fu*ked it up as far as the execution is concerned. I was excited when I had heard the story." Directed by Kranthi Madhav, World Famous Lover released on February 14 and had disappointed his fans on a big level. The film also stars Raashi Khanna, Aishwarya Rajesh, Catherine Tresa and Izabelle Leite in the lead roles.

Apart from World Famous Lover, Deverakonda's another film, Dear Comrade alongside Rashmika Mandanna, also bombed at the box office. When asked about it, Vijay said, "The story completely flips in the second half and people were not prepared for it."

Vijay Deverakonda is also known for his unconventional fashion style, and usually gets trolled for his style statement. His cut shorts and suit at Karan Johar's party, which he threw for Katy Perry,had caught everyone's attention.. Speaking about the criticism, a candid Vijay told Times Of India, "As far as clothes are concerned, if I feel like wearing something, I don't care what anyone thinks, I will wear it. I live a lot for myself; I think I owe it to myself. My mood defines my sense of style. There are days when I feel like wearing a lungi and there is no logic to it. Someone inside me is craving a lungi and I give him that." 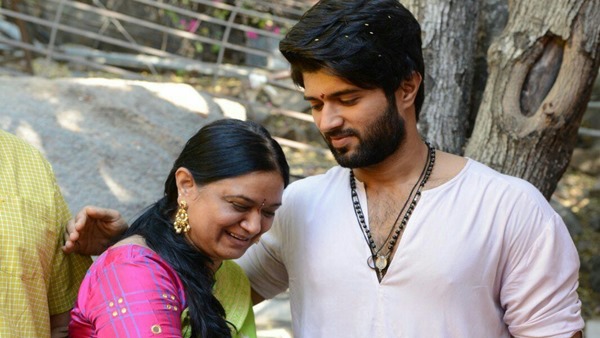 Also Read : Vijay Deverakonda's Mom Stops Him From Doing The #BeTheREALMAN Challenge; Find Out Why

On a related note, Vijay Deverakonda will next be seen in Puri Jagannadh's multilingual project, Fighter, which also stars Ananya Panday in the lead role. The film also stars Ramya Krishnan and Ronit Roy in pivotal roles.