Rashmika Mandanna is one of the popular actresses down south. From Kannada film Kirik Party to Telugu film Geetha Govindam and recent one, Sarileru Neekevvaru, the gorgeous actress has impressed the audiences with her looks and acting skills. Today, we bring you an interesting old interview in which Rashmika revealed an interesting anecdote from the time when she was on the sets of Geetha Govindam. She revealed as to how her Geetha Govindam director Parasuram made her cry on the sets!

In April 2019's interview, Rashmika revealed, "One day, I went to the shoot slightly late and soon after reaching the set, no one talked to me and embarrassed me. I sat down and started crying without any clue about what was happening."

The actress further added, "It was then that our director Parasuram came to me and told me that he played a prank to capture my natural sad expressions." The actress confessed that the prank left her in a shock and she took some time to get back to normal again!

Rashmika's Geeta Govindam was a big him. Her chemistry with Vijay Deverakonda was loved by audiences. Her Telugu film opposite Vijay (Dear Comrade) and Kannada film Yajamana (with Darshan) received good responses from the audience. Actress' Sankranthi release, Sarileru Neekevvaru is also a big hit. 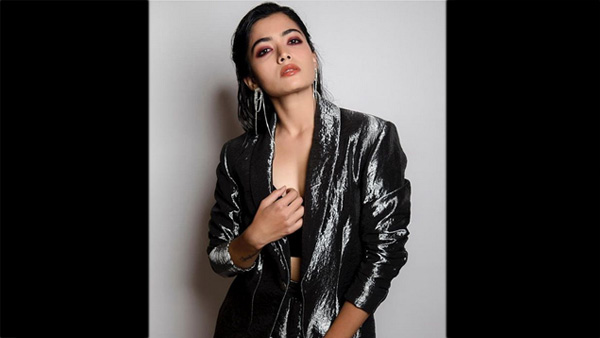