The musical trailer of RRR by Indian director S.S. Rajamouli got over 33 million views and tens of thousands of comments in only two weeks after its release. In it, the leads Ram Charan Teja and Nandamuri Taraka Rama Rao dance against the backdrop of the Mariinskyi Palace in Kyiv. The video also shows working moments from rehearsals and filming. The poster of the new movie also features the Mariinskyi Palace.

This is the Mariinskyi Palace in the background. It became the location for one of the largest dance scenes in the film, which involved 300 extras at once!

A little over a month left to the grand première of the historical action drama RRR (Rise. Roar. Revolt). It is out on January 7. However, it is obvious even now that S.S. Rajamouli's movie will be a resounding success. This historical action drama has everything that Indian movie fans worldwide love: a plot full of twists and turns, incredible CGI, bright sets, as well as catchy songs and exciting dances. The movie budget is over 56 million dollars!

The movie stars the most famous Bollywood actors, Ram Charan Teja and Nandamuri Taraka Rama Rao. The movie budget is over 56 million dollars!

S.S. Rajamouli, the highest-grossing Indian director and screenwriter, on set in Kyiv.

The action drama RRR was filmed in India and Ukraine. Viewers of the trailer immediately noticed the incredible beauty of the blue palace where the filming takes place. This is the Mariinskyi Palace located in Kyiv, the capital of Ukraine. The Palace and the park surrounding it became the location for one of the movie's most ambitious dance scenes, involving 300 extras, an orchestra and fifty Indian and Ukrainian dancers. Well-known Ukrainian dancers, ballroom dance champions OlenaShoptenko and MaksymLeonov choreographed European dances.

One of the scenes in the film was shot in the Mariinskyi Palace. This place is usually used for state functions such as meetings of official delegations, diplomatic receptions, awards.

In addition to the Mariinskyi Palace, RRR also shows the Mezhyhirya Residence. The filming locations were selected by Raji Natarajan, an Indian location guru. He was pleased with the footage filmed in Kyiv and promised to "return to Ukraine again and again with big projects".

Lake Synevyr in the Carpathians is called "Sea Eye" by locals. Many believe in the extraordinary power of this place: people come here to gain strength and energy.

The filming in the capital of Ukraine was organised by 435 FILMS, a Ukrainian film production company. Commenting on the collaboration with Indian filmmakers, the company's founder and producer Anna Palenchuk said: "Despite certain limitations caused by the COVID-1 pandemic, Ukraine remains an attractive country for foreign filmmakers. First of all, they are interested in a wide range of locations that are available in our country." Anna Palenchuk has been collaborating with Indian directors for over five years. She recalls the first time when Indian partners visited Lviv in Western Ukrainian. They promised to make a movie there in a month. And make it they did.

The first Indian project to feature Ukrainian locations was the movie titled Winner. Filming took place in 2016 in Kyiv, in the "Tunnel of Love" in Rivne Region and in Lviv, where the filming locations included Shevchenkivskyi Gai, Stryiskyi Park and the Church of the Holy Martyrs Borys and Hleb. Along with Indian directors, Ukraine is being discovered by American, European and Asian cinematographers. Dozens of foreign films have been made in Ukraine over the past twenty years. For example, The Legend of the Pianist and Transporter 3 action movies were shot in Odesa, East/West, The Last Mercenary and Chernobyl were made in Kyiv, while House of Flying Daggers was shot in Zakarpattia.

What can Ukraine offer foreigners?

First of all, new locations that are not "overhyped". Videos with Ukrainian landscapes have millions of views on the Internet, and the comments under these videos often read like this: "Wow! I had no idea Ukraine was so big and beautiful." Ukraine is the largest country in Europe, the geographical centre of Europe with an extremely rich history that foreigners still know little about. Ukraine has mountains and cliffs, seas and rivers, dense forests and steppes, and even Europe's largest desert. In fact, the "high season" in Ukraine is throughout the year! In summer you can walk under the thick canopy of trees or enjoy a holiday near the Black or Azov Seas, admire the trees in bloom and architecture of cities and towns in spring, go skiing along the snowy slopes of the Carpathians in winter.

The Ukrainian Carpathians are located in the heart of Europe. Breathtaking beauty, ski slopes, spas, nature: you can have a time of your life in the mountains at any time of year.

More than 1000 years old, Saint Sophia Cathedral is a legendary cathedral in the capital of Ukraine. One of the largest Christian monuments in the world, it has been the main cathedral of the country for over 3 centuries.

Ukraine is famous for its historical heritage and architectural masterpieces. The fortress in Kamianets-Podilskyi is a crown jewel that is happy to welcome both fans of historical tourism and ordinary travellers!

On the Travel Around Ukraine page on YouTube you can discover the unique landscapes and cities of Ukraine, listen to Ukrainian music and hear the "voice" of the country.

Ukraine is so diverse that it seems as if you can get lost not only in space but in time. You can find "pieces" of any historical era in Ukraine, from medieval castles to monumental Soviet statues. Here you can immerse yourself in the atmosphere of the last century Ukrainian village, feel like a stalker by walking along the empty streets of Pripyat near the Chernobyl nuclear power plant, admire the slopes of the majestic Dnieper in absolute silence and get back to the bustling nightlife of modern Europe.

Lake Lemuria (Pink Lake) is one of the greatest wonders of Ukraine. Local mud has healing and cosmetic properties, and its unusual colour will surely cheer you up.


In the mild climate of the Black Sea coast of Ukraine, you can relax and recuperate without extreme temperatures, surrounded by picturesque landscapes and the warm sea.

The magnificent Mariinskyi Palace in Kyiv, which was chosen for filming by S.S. Rajamouli, is one of the 150 palaces, castles and fortresses of Ukraine. These architectural gems can be seen in the South and North, in the East and the West of the country. Most of them are easy to reach; you can find them in every guidebook. Some are harder to find, but the adventure gets even more interesting for those who like to discover new things and love unusual photos. Each castle and palace has its own unique history. And they are all very different. Ukrainian castles, palaces and fortresses can easily be mistaken for German, French or Italian ones. And oh, Ukrainian churches and cathedrals! There are wooden churches built without any nails, majestic Orthodox churches with golden domes, exquisite Gothic and Baroque cathedrals designed by the best European architects. At the same time, Ukrainian cities are very modern, green and cosy. Unsurprisingly, more and more foreigners come to Ukraine over and over, and they are amazed every time they visit the country, not only by its beauty, but also many incredible experiences for everyone here. 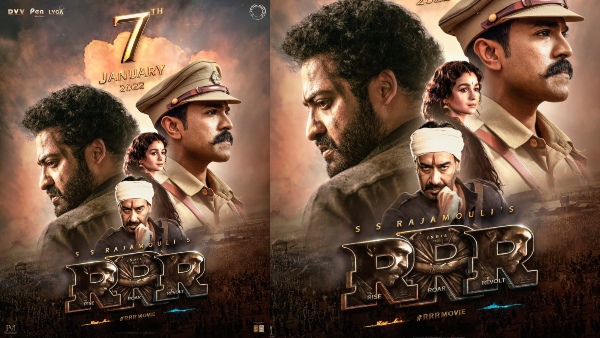 RRR: Makers Planning The Biggest Promotional Event Of All Times In Mumbai!

Another unique feature of Ukraine is that it is located in the heart of Europe. It is easy to get there from any European city, as well as from the United States, South Asia, the Middle East, Eastern and Southeastern Asia. By the way, Indian citizens only need electronic visas to visit Ukraine. Visitors to Ukraine are also pleasantly surprised by the accommodation and entertainment prices in Ukraine, although the quality of service is not inferior to European, and in some cases exceeds it. That is why thousands of tourists from all over the world come to Ukraine to study, work and have a good time. International film stars and celebrities also revisit Ukraine.

Click here to learn more about travelling, working or studying in Ukraine

Musicians such asPink Floyd, Natalie Imbruglia, Nothing But Thieves,Coldplay and othersshot their music videos in Ukraine.Miley Cyrus, for example, organised a car race on the Darnytskyi Bridge in Kyiv. The same bridge, as well as the Vernadsky National Library and the Poznyaki Skyscraper, can be seen in the music video of the 2018 Eurovision winner Netta. The Kyiv Troieshchyna District with its skyscrapers, waste lots and industrial pipes has already popped up in more than a dozen music videos, including two music videos of the duoHurts and two videos of Nothing But Thieves. Last week, the British singer Ed Sheeran shot a music video in Kyiv. The singer does not disclose any details, except that the video was made for three nights and he really liked Ukraine. "Ukraine is great," Ed Sheeran wrote on his Instagram photo from the filming. And it's hard to disagree with him.