Naandhi starring versatile actor Allari Naresh in the lead role, has now joined the list of films that have been leaked online. The action crime thriller that released today (January 19, 2021) in theatres has been leaked on Telegram, Movierulz and other piracy-based websites.

Directed by Vijay Kanakamedala, the film has been garnering an impressive response from the audience. With the film receiving huge praise, looks like the cine-goers are quite happy with the never-seen-before avatar of Allari Naresh, who is playing the role of an under-trial prisoner Surya Prakash, who is at the receiving end of police ferocity. Actress Varalaxmi Sarathkumar, who is best known for her Tamil films and was previously seen in Ravi Teja's Krack, is essaying a lawyer in the flick.

Produced by Satish Vegesna under his home production banner SV2 Entertainment, Naandhi also stars Priyadarshi Pulikonda, Harish Uthaman and Praveen in key roles. The film has music composed by Aswathama (2020) fame Sricharan Pakala, cinematography by Sid and editing by Chota K Prasad. Naandhi was first announced in January 2020 and the principal photography was held at Ramanaidu Studios in Hyderabad.

On a related note, Allari Naresh's previous venture Bangaru Bullodu had failed to impress the audience, and now with the success of Naandhi, looks like the star is back on track. 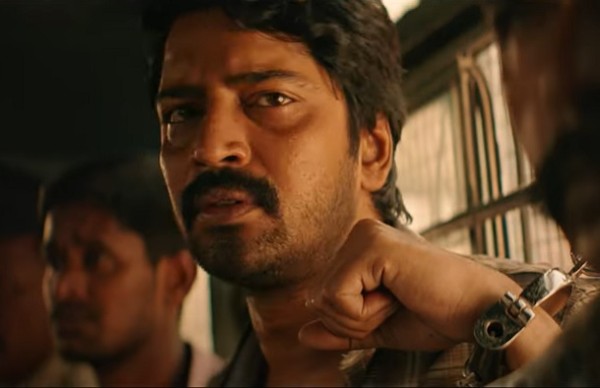