The much-awaited Pushpa update is finally here. The makers have finally given in to Allu Arjun fans' demands, and are all set to reveal the movie's first glimpse. It has been confirmed that Allu Arjun will the first glimpse of the world of Pushpa, which has been titled 'Prelude Of Pushparaj' on April 3.

Mythri Movie Makers, the production banner announced the highly exciting update through their official social media pages today (April 2). 'Prelude Of Pushparaj' will be revealed at 11 AM on April 3, Saturday by the cast and crew members. The update of the pan-Indian film is getting simultaneously released in five languages, including Telugu, Tamil, Malayalam, Kannada, and Hindi.

In the announcement post, Mythri Movie Makers has stated that an exciting week is ahead, hinting that more updates are on cards for Pushpa. It has been speculated that a major update on the Sukumar directorial will be revealed on the occasion of Allu Arjun's 38th birthday, on April 8. Even though nothing much has been revealed yet, the fans are expecting a special teaser or first song of Pushpa, on the actor's birthday.

As reported earlier, National award-winning Malayalam actor Fahadh Faasil is making his Telugu debut, as the lead antagonist of Pushpa. If the reports are to be true, Fahadh is playing the role of a forest officer in the movie, which features Allu Arjun in the role of an aggressive lorry driver.

Pushpa, which is said to be a complete action thriller, is scripted by director Sukumar himself. The movie features Rashmika Mandanna as the female lead opposite Allu Arjun. Devi Sri Prasad composes the songs and original score. Miroslaw Kuba Brozek is the director of photography. Pushpa is slated to hit the theatres on August 13, 2021, as an Independence weekend release. 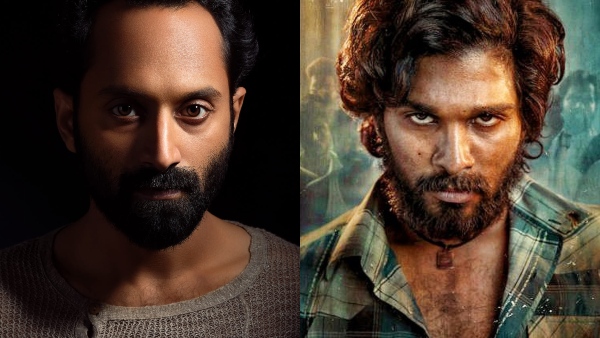