Rashmika Mandanna, the young talented actress is celebrating her 25th birthday today. The gorgeous actress has earned a great fanbase across the country with her super cute looks, bubbly persona, and acting skills. Mandanna, who is unarguably one of the most sought-after leading ladies of the South Indian cinema, is currently on a signing spree.

In Telugu, Rashmika Mandanna will next be seen in the highly anticipated Allu Arjun-starrer, Pushpa. The actress recently made her debut in Tamil cinema with the superhit film Sulthan, which features Karthi in the lead role. Rashmika recently wrapped up the shoot of her Bollywood debut Mission Majnu, in which she is paired with Sidharth Malhotra. The actress is now shooting for her second Bollywood project Goodbye, in which she shares the screen with legendary actor Amitabh Bachchan.

Here we present 5 lesser-known facts about Rashmika Mandanna, which will surely leave you surprised. Have a look...

Before making her acting debut, Rashmika Mandanna was highly active in the modelling field. She won the Clean And Clear Fresh Face 2014 title, which also paved the way for her cinema entry. Interestingly, Rashmika was the first contestant from Coorg, to ever win the title.

The talented actress is also an avid reader and spends most of her free time reading. Rashmika Mandanna occasionally shares about the books that she is currently reading on her Instagram page. She even asks her fans and followers for book recommendations on her Insta stories often.

A Big Fan Of Emma Watson

Rashmika Mandanna is a big fan of the popular Hollywood star Emma Watson and has stated that she is her all-time favourite actor. She closely follows Emma Watson's works and considers the Harry Potter actress as a great inspiration.

The Pushpa actress is a big-time Anime (animations films originated from Japan) lover and likes to binge-watch them. In one of her interviews, Rashmika Mandanna had confessed that she gets upset when people get confused between anime and cartoons.

Not A Fan Of Her Own Dressing Sense

In several interviews, Rashmika Mandanna had funnily stated that she needs to improve when it comes to her dressing sense. According to the actress, she is least bothered about her outfits when it comes to normal days, and can even go out in a pair of pajamas. 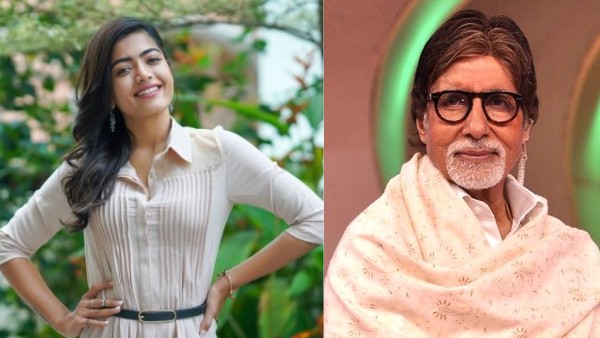