Just as the internet couldn't stop getting 'naat-fied' by RRR's mass anthem 'Naatu Naatu', the makers decided to drop another track from the period drama titled 'Janani'. Widely known as the soul anthem, the song will be out officially at 4 pm on November 26.

Ahead of its release, the makers had shared a sneak-peek of the song featuring Ram Charan, Jr NTR, Ajay Devgn, Alia Bhatt and Shriya Saran during the team's recent media interaction. As per the first reviews coming in, the third offering is a patriotic song. From lyrics by music director MM Keeravani to the electrifying vocals and background music, this composition will give fans and music aficionados goosebumps for sure. Not only does it tug at the heartstrings with its audio elements, but the song also displays some really breathtaking and emotional visuals captured by KK Senthil Kumar. All in all, the third single stands out in many aspects and will be a different experience for the listeners/viewers.

Just a day ago, SS Karthikeya, son of director SS Rajamouli had shared his review for the upcoming song. He had tweeted, "On of my favourite assets that's coming out from RRR. The core, soul and intent of the story we want to tell. It has really moved us all and stimulated our heart deep down. Hope it garners a similar reaction in you. #Janani #RRRMovie @RRRMovie." (sic).

On of my favourite assets that’s coming out from RRR. The core, soul and intent of the story we want to tell.
It has really moved us all and stimulated our heart deep down. Hope it garners a similar reaction in you. #Janani #RRRMovie @RRRMovie

Take a look at critic's reaction to the Janani/Uyire song.

Watched #Janani #RRRSoulAnthem and literally I had goosebumps.. n tears in my eyes. @varungrover such meaningful lyrics❤️ After a long time heard any patriotic song this POWERFUL, which really moved me. Loved each n every frame. @ssrajamouli sir,@tarak9999 @AlwaysRamCharan 🙏🏼

#RRR #Janani song is emotionally pouring of heart, blood and sacrifice. JUST WOW...!!! The visuals in the song promise the best of #JrNTR and #RamCharan. Can't wait.

#Janani, what a song conceived by the one and only @ssrajamouli and composed by the maestro @mmkeeravaani such a melodious piece. #RRRSoulAnthem
out on November 26th. Stay tuned for an emotionally stirring journey. pic.twitter.com/nJCLw1FYmZ

Saw #Janani of #RRR. It’s emotionally captivating. It has complete visuals showing some important scenes. It’s difficult to connect to content based bgm kind of theme songs when watched independently, but #Janani is different. It shows the other end of Naatu spectrum 👍 pic.twitter.com/EIfzX9I7VX 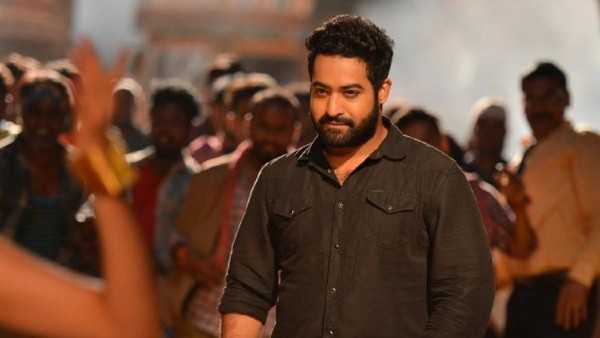 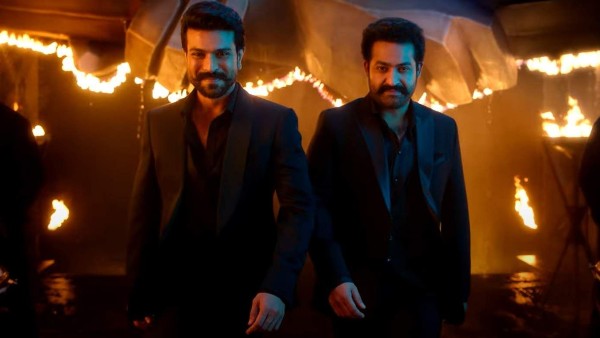 RRR Teaser: A 40-Second No Dialogue Clip To Be Out On October 29?

On a related note, the song which is said to be the film's soul, will be out in 5 languages including Hindi, Tamil, Telugu, Malayalam and Kannada. RRR co-stars Olivia Morris, Alsion Doody, Rahul Ramakrishna, Samuthirakani, Ray Stevenson and Rajeev Kanakala. The period drama's trailer will be out in December first week, while the film will release in cinemas on January 7 ahead of Sankranti.