Fans and followers of Nagarjuna Akkineni are in complete shock as the actor's upcoming film Wild Dog has been leaked online just hours before the release. For the unversed, the action-entertainer is all set to hit the theatres on Friday, April 2.

The unfortunate happening came to light after a few netizens tagged the production company of the film, Matinee Entertainment on Twitter with the leaked visuals asking the makers to report the links. The official Twitter handle of the renowned company instantly retweeted the post and asked netizens to report the piracy links to an email id provided. The tweet read, "Please report the piracy links to wilddogantipiracy@gmail.com #WildDog."

Let us tell you that this is not the first time when a film has leaked online hours before the release. One of the biggest blockbuster hits of 2021 Master starring Thalapathy Vijay and Vijay Sethupathi, had also became a victim of piracy. On the other hand, the teaser of KGF: Chapter 2 was also leaked hours before the release. Though the makers had plans of unveiling the big update on the lead actor Yash's birthday (January 8), the sudden leak forced the team to release the teaser immediately on January 7.

Coming back to Wild Dog, the Nagarjuna-starrer is touted to be one of the promising films of the year, and the sudden leak has high chances of disrupting its box office collection. Also starring Dia Mirza, Saiyami Kher, Atul Kulkarni, Bigg Boss Telugu 3 fame Ali Reza, Appaji Ambarisha Darbha and Avijit Dutt, the film revolves around the August 2007 Hyderabad Bombings. Directed by Ahishor Solomon, the film is backed by S Niranjan Reddy and K Anvesh Reddy. Notably, Wild Dog has music composed by S Thaman. 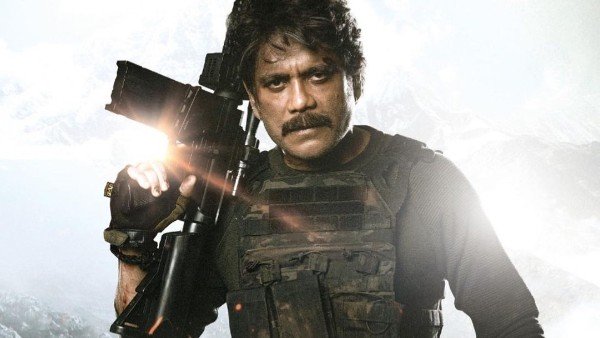