HIT 2 or HIT: The Second Case is Adivi Sesh's latest crime thriller, written and directed by Sailesh Kolanu. The movie is the second installment in the HITverse, which has a successful launch with Vishwak Sen starrer HIT: The First Case in 2020. The movie released all over the world on December 2 to mostly positive reviews from fans and movie goers. With no other Telugu films currently playing in theatres, the conditions are favourable to HIT: The Second Case. 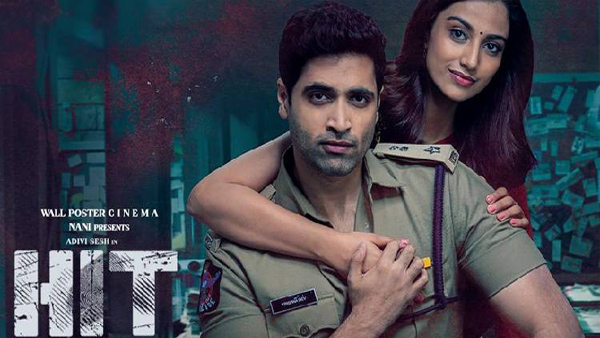 The movie charts the cat and mouse chase between HIT head SP Krishna Dev (KD) and the psychopath serial killer, who beheads a victim and places her head with the body parts of other such victims. KD's live-in partner and his child's mother Aarya's (Meenakshi Chaudhary) life is threatened by the serial killer and with the help of his team, KD manages to subdue the killer, who is none other than Aarya's Dentist.

S Manikandan cranked the camera, and Garry BH edited the film. The sequel to HIT 2, HIT: The Third Case, will have actor Nani in the role of the HIT SP Sarkaar, who was introduced as a 'walking nightmare', in the climax. The movie is a production venture of the Wall Poster Cinema banner by Prashanti Tipirneni and Nani.