Adivi Sesh's latest crime thriller movie written and directed by Sailesh Kolanu opened on the big screen all over the world on December 2. The movie is a sequel to the successful film HIT, starring Vishwak Sen. The movie is getting positive reviews from fans and critics. 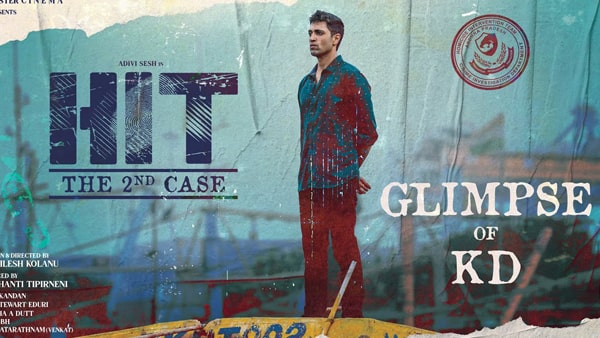 The movie revolves around an SP range cop Krishna Dev (Adivi Sesh) who gets involved in the gruesome murder case of a victim named Sanjana. He later finds out there are several other women who fell victim to the same psychopath. How KD nabs the killer is all about the film.

On the first day of the theatrical release, HIT: The Second Case earned about Rs 6 Crore from all centres in India. The occupancy ratio of the theatres is also recorded to be decent, and improved by the day's end.

The movie stars Meenakshi Chaudhary as the female lead and Suhas as the psycho killer. Rao Ramesh, Tanikella Bharani, Posani Krishna Murali, Komalee Prasad, Maganti Srinath, and Srikanth Iyengar are part of the film, who played crucial roles in it.

HIT 2 is the second installment in the planned HITverse by director Sailesh Kolanu. Actor Nani, who presented the movie, will be seen in the third part titled HIT: The Third Case as the head of the Homicide Intervention Team (HIT). His cameo in the film's climax gave a peek into his character from the next sequel.

Prashanthi Tipirneni produced the movie under the Wall Poster Cinema banner. Garry BH worked as the editor and S Manikandan cranked the camera. MM Srilekha and Suresh Bobbili composed the songs for the film and John Stewart Eduri scored the background score. The movie is made on a budget of Rs 10 Crore.