HIT 2 or HIT: The Second Case starring Adivi Sesh hit the screens all over the world on December 2. Written and directed by Sailesh Kolanu, the movie was met with a positive response at the box office. The crime thriller investigation film brings forth a new serial killer and his quest for satisfying his ego by killing and amputating several women. How Krishna Dev AKA KD, played by Adivi Sesh cracks the case is to be seen on the big screen. 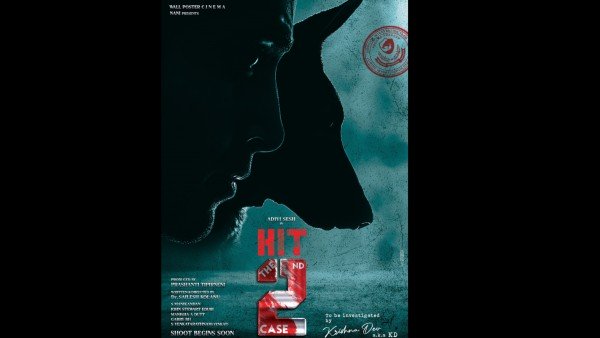 Within a few hours of the film's theatrical release, the movie mongers who are always on the lookout for the pirated copy of the film have been scouting online to see if there are any links available to view or download the content of HIT 2. To cater to that section, several websites that carry illegal content have been circulating links to HIT The second case online for downloading. A few of the social media pages also have been sharing these links.

The movie is a production venture of the Wall Poster Cinema banner, owned by actor Nani. Prashanthi Tipirneni produced the film while Nani presented it. Garry BH worked as the film's editor and S Manikandan cranked the camera.

Suresh Bobbili and MM Srilekha composed the tunes for the songs in the film, together. John Stewart Eduri scored the background music. The film's sequel, HIT: The Third Case, will feature actor Nani as the protagonist.