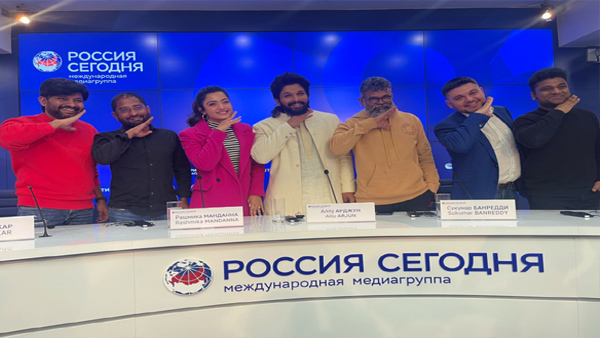 Allu Arjun starrer Pushpa is going to be released in Russian, on December 8. The entire team including the cast and important crew, led by director Sukumar Bandreddi reached Russia a day ago and kick-started the film's promotions already. The makers interacted with Russian media on November 30. They all were received amid cheers and warmth, going by the pictures that were going viral on social media platforms.

The team has landed in the country and is set to take part in the special screenings of the film in St Petersburg on December 3 and on December 1 in Moscow. The movie is slated for a grand theatrical release on December 8.

Allu Arjun, who is an A-lister actor in Tollywood is also a heartthrob for the people of Kerala. They fondly refer to him as Mallu Arjun, a cute moniker given by his fans. He also earned the respect of the Kerala government with his philanthropic work in the state on more than one occasion.

Allu Arjun's Pushpa: The Rise has catapulted him to new heights of recognition, earning him fans from all over the country and abroad. The actor, who is known for his hard work, dancing skills, and reinventing himself with each character he plays, has nailed the role of Pushparaj in the film, which was set in the backdrop of a Red Sanders smuggling activity in Seshachalam forest. His rugged look, makeover, and mannerisms have caught up with the fans and moviegoers remarkably. Rashmika Mandanna, who played the female lead in Pushpa too won the same kind of love and appreciation. 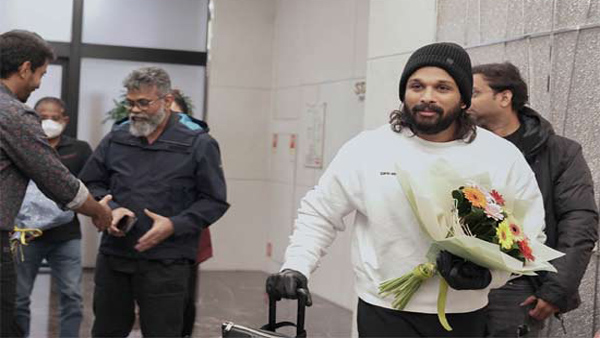 The movie has a sequel in the pipeline and its shooting is currently underway. The team took a break from their schedule for the Russia trip. The pictures of the actor and team interacting with Russian media have surfaced online. Fans couldn't contain their excitement and are hopeful that the film becomes a massive success in Russia as it was back here.

Along with Sukumar Bandreddi, the director, Allu Arjun, Rashmika Mandanna, Devi Sri Prasad, and film producer Naveen were seen in the pictures in Russia during the promotions.