The Bigg Boss 6 Telugu reality show has almost come to an end with just a couple of weeks left to the finale. The housemates are all content and filled with new energy after meeting their respective family members during the week. 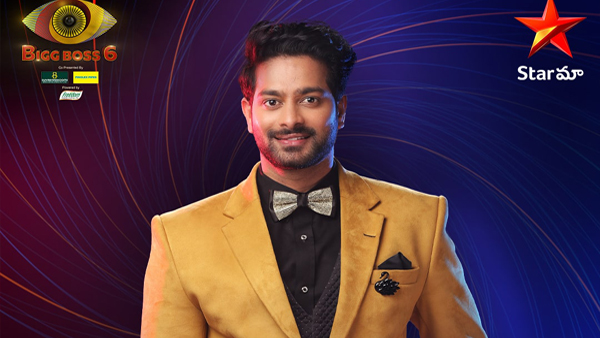 This week's elimination episode sent home Raj AKA Rajsekhar from the game show. Though earlier it was speculated that Rohit will be sent home, it was later leaked that Raj has been evicted in the 12th week.

Raj is a model and didn't have a showcase of himself to the public until this show happened. The Bigg Boss 6 Telugu has given him a new platform and made him a public figure. Raj maintained low-key profile inside the house and couldn't make any impact on the viewers.

Now, Revanth, Srihan, Rohit, Sri Satya, Adi Reddy, Faima, Keerthi, and Inaya are inside the house and competing to reach the semi-finals. Revanth and Inaya are being speculated as the possible winners of the Bigg Boss 6 season. They have huge public support, and they are always in nominations. Fortunately for them, public votes are many.

Meanwhile a section of the Bigg Boss 6 viewers are disappointed about the season and its contestants. Most of them opine that the season is scripted and is going to make Revanth the winner. On the other hand, Revanth always is projecting his hot-headedness and rude behaviour.

Stay tuned to Star Maa to catch the latest episodes of the season 6 Telugu. Also, Disney plus Hotstar streams the entire episodes of the reality show. The show will be aired at 10 pm on weedays and 9 pm on weekends.