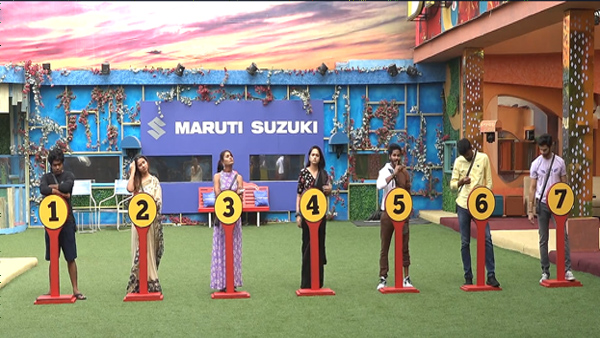 The Bigg Boss Telugu season 6 is nearing completion within two weeks. Telugu TV's biggest reality show has successfully completed five seasons and an entire OTT-only season before coming back with season 6. Akkineni Nagarjuna is continuing as the show's host. With the recent elimination of Faima from the house, the remaining contestants are vying to be in the coveted top five contestants of the season.

Meanwhile, the 14th-week nominations inside the house were intense. Except for Srihan, who won the Ticket To Finale, all the other contestants are nominated for the elimination process.

While Revanth is continuing to trend on top with a maximum number of votes from the public, this week's voting results pushed Sri Satya and Keerthi behind the rest. Rohit, Adi Reddy, and Inaya are continuing to gain more votes.

While the voting results are absolutely an activity's sake, elimination doesn't happen according to the number of votes cast for the housemate. The makers of the show decide who will get evicted from the house depending on various factors.

Meanwhile, during the ranking task, Revanth, Inaya, Keerthi, Sri Satya, Srihan, Adi Reddy, and Rohit have taken the one to seven spots respectively. They explained why they chose their position and what makes them worthy of winning the game or their opinions.

Revanth beat Inaya in the Pyramid Task and became the winner. The latest episodes of the reality show are telecast on Star Maa channel at 10 pm on weekdays and 9 pm on weekends. The show's entire episodes are also streamed on Disney+ Hotstar.