Megastar Chiranjeevi is on a roll in his second innings. The veteran has been doing back-to-back films irrespective of their result at the box office. The craze for the actor remains intact and that is what is keeping him going. His next after GodFather is Waltair Veerayya, under the direction of Bobby Kolli. The movie is in its last leg of production activities and is looking forward to a grand theatrical release for Sankranthi 2023. 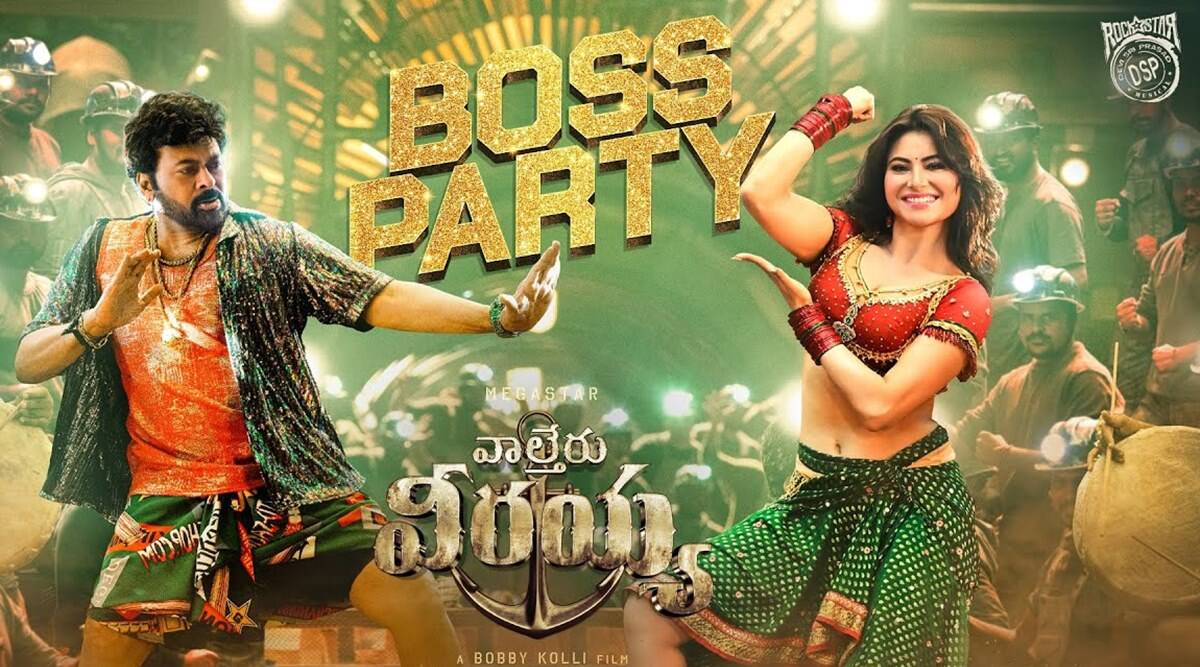 Meanwhile, ahead of the film's release, the makers have started to promote the film through its music and lyric videos. Rockstar Devi Sri PRASAD aka DSP is the film's musician and he has given a gem of songs to megastar Chiranjeevi earlier. Shankar dada MBBS is one of the classic collaborations of the actor and musician duo. However, Chiranjeevi now needs a great album and requires a massive hit to reclaim his supremacy over Tollywood like before. His earlier stint with Koratala Siva co-starring his son, Ram Charan, remained a disaster at the box office. His last, remake of the Malayalam film Lucifer as GodFather was also not up to the mark.

Not only the fans but also Chiranjeevi and the mega khandan have pinned hopes on his latest 'Waltair Veerayya', a mass action drama. Megastar has to look into considering roles that suit his charisma, age, and personality rather than re-create all the mass films and chose routine stories. Fans have seen most of it from him and want a change.

Amid the release of the 'Boss Party' lyric video on YouTube, fans of the megastar and DSP have expressed severe shock and disappointment over it. Bollywood actress Urvashi Rautela shook a leg with the megastar for this special dance number. They called it routine, cliche, and uninteresting. A few of them took to their social media handles and expressed their opinions. Take a look at them here: 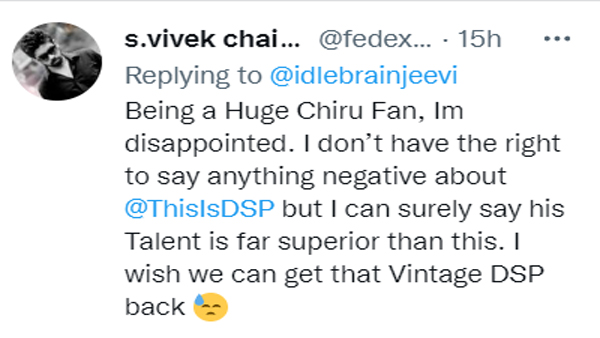 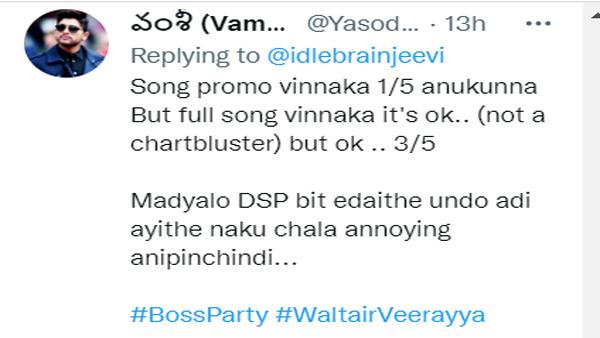 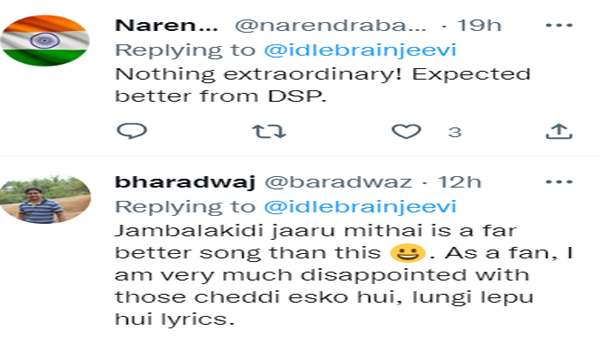 DSP has given some chartbuster songs over his career spanning about two decades. His latest album which won huge appreciation was Allu Arjun's Pushpa. He also scored music for Uppena before, which was successful. Fans are disheartened to see DSP composing and writing such songs as 'Boss Party' and want much better work from him.

Waltair Veerayya stars Shruti Haasan in the female lead's role. Massraja Ravi Teja is also playing a crucial role in the film. Along with them are Catherine Tresa, Bobby Simha, Rajendra Prasad, and Vennela Kishore among others in crucial roles.