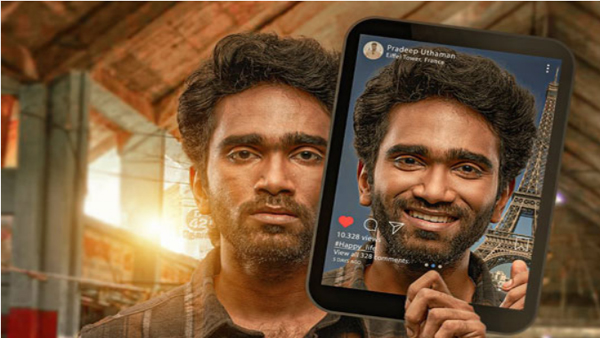 Written, directed, and enacted by Pradeep Ranganathan, Love Today is one film of the year 2022 that was released amid low-key expectations and made it big. The movie became a box office success and the plot connected the youngsters of today's generation. The movie is the second directorial of Pradeep, who earlier helmed Comali with Jayam Ravi.

Love Today was released on November 4 and gained a positive response at the box office. The movie was applauded by moviegoers and critics as well. Leading to the word-of-mouth that these reviews generated, the movie went on to become one of the highest-grossing Tamil films of the year.

The movie is the story of Uthaman Pradeep who falls in love with his colleague Nikitha (Ivana). They both approach Nikitha's father Venu (Sathyaraj). He puts forth a strange condition- exchange their mobile phones for a day and come back if they still want to marry each other. The movie explores the issues of trust, faith, love, and hope in a comic backdrop.

The movie now is making its way to the digital streaming platform to reach a wider level of the audience. The OTT giant Netflix secured the streaming rights to the film and is set to premiere on December 2. The movie will be available with Tamil audio and subtitles in other major southern languages and English.

Love Today's cinematography was handled by Dinesh Purushothaman and edited by Pradeep E Ragav. The film's background score and tunes were composed by Yuvan Shankar Raja. The film was produced by Kalpathi S Aghoram, KS Ganesh, and KS Suresh under the AGS Entertainment banner. Red Giant Movies distributed the film, which was based on Pradeep Ranganathan's short film Appa(a) Lock.