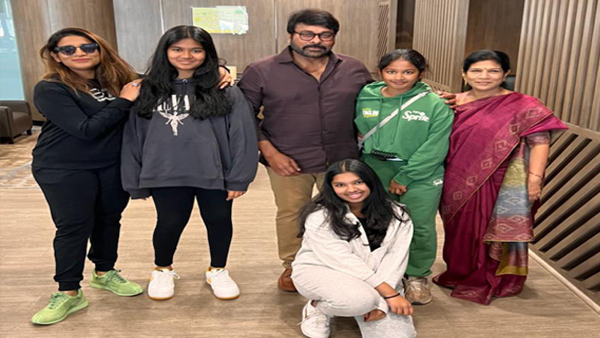 Megastar Chiranjeevi is gearing up for a Sankranthi release with Waltair Veerayya. The mass action entertainer is written and directed by KS Ravindra AKA Bobby. The movie is going to hit the screens all over the world on January 13.

Waltair Veerayya AKA Mega 154 has Shruti Haasan as the female lead opposite Chiranjeevi, marking their first on-screen collaboration as the main lead. The movie also has Massraja Ravi Teja in a crucial role of Vizag Rangaraju, an IPS officer.

The movie unit has jetted off to Europe to shoot two songs on the lead pair. The makers of the film, as well as Chiranjeevi posted a picture on their respective Twitter handles announcing the same.

Chiranjeevi, however, is going on the trip with his wife Surekha, daughters Sushmitha and Sreeja, and his granddaughters. Talking about it, the veteran actor wrote, "Going to Europe with family for vacation and with heroine for shooting of the songs."

The Mythri Movie Makers then retweeted the post with pictures and captioned, "Shooting for 2 songs in Europe #WaltairVeerayya." (sic) 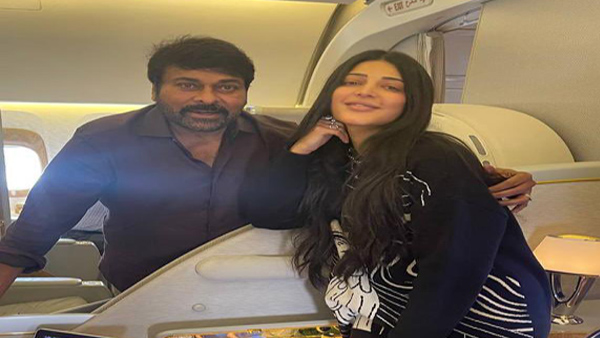 Waltair Veerayya's cinematography is by Arthur A Wilson. Niranjan Devaramane edited the movie which has background score and songs composed by Devi Sri Prasad. Kona Venkat and K Chakravarthy Reddy have worked on the film's screenplay.