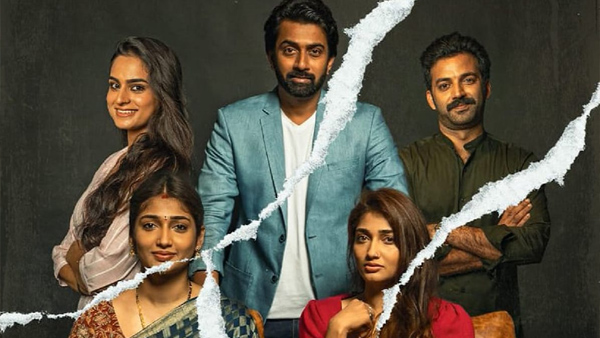 Mukhachitram is a romantic thriller movie directed by Gangadhar. The movie is written and produced by National Award Winning director Sandeep Raj. The movie starring Vikas Vasishta and Priya Vadlamani as the lead pair hit the screens on December 9 to a lukewarm response.

Given the film's trailer, the movie is a triangular love story with elements of suspense and thrill. Rajesh is a plastic surgeon, and he narrates how two accidents involving the two important people in his life, have changed his life. He loves a girl named Maya and then marries another by name Mahathi. They both get involved in an accident leading to Mahathi's death and Maya's face deformity. Later, Maya, who gets Mahathi's face features, slaps a case on Rajesh on Mahathi's name. To unwrap the mystery, one has to watch the film on the big screen. Vishwak Sen is playing a key role in the film as a Lawyer.

A few enthusiastic film goers, who watch all kinds of movies have watched this Mukhachitram too, and have put out their opinions on the film through tweets and posts. They have shared their one or two lines about Mukhachitram on Twitter handles and take a look at them here:

#MukhaChitram is very unique and promising entertainer that discusses unspoken issue of many women out there. Hats off to your guts @SandeepRaaaj and @vishalbunn 👍 Terrific performance by @imVdeshK and @PriyaVadlamani 👏 @kaalabhairava7 BGM is Superb.
Must watch. #mukhachithram pic.twitter.com/Iku9WcgS0f

The movie's background score and music was composed by Kaala Bhairava, and cinematography was handled by Sreenivas Bejugam. Kodati Pavan Kalyan edited the film.