Actor Nithiin, who was last seen in Macherla Niyojakavargam was upset about the film's performance at the box office. He is keen on securing a hit with his next film as it is much needed for the actor's career. On November 27, the actor tweeted that his next film's shooting has kick-started and is finally back on the sets of his upcoming film.

The movie, tentatively referred to as Nithiin 32, is being helmed by writer-turned-director Vakkantham Vamsi. Vamsi previously wielded the megaphone for Allu Arjun starrer 'Na Peru Surya Na Illu India', which was unsuccessful at the box office. However, Vamsi is super successful as a writer.

Coming to Nithiin 32, the movie was officially launched with a traditional puja ceremony in Hyderabad. Tollywood's latest sensation Sreeleela is roped in as the film's female lead. The makers have brought Harris Jayaraj to score the film's score and tunes.

The movie is touted to be a romantic action entertainer. The shooting is currently taking place in the Maredumilli forest area. The movie is set to showcase the actor in his best comedy role yet with a mix of everything. The director was quoted saying to Deccan Chronicle,"Nithiin's character has a mix of everything-including comedy shades; so that's the catch. I wrote the whole story from Nithiin's perspective."

Taking to his Twitter handle, actor Nithiin posted a picture of him with his back facing the camera and wrote, "Nithiin 32 Begins." Check it out here:

According to the available information, the director, in one of the talk shows revealed that he has already shot one full song with the actor and actress almost a month ago. 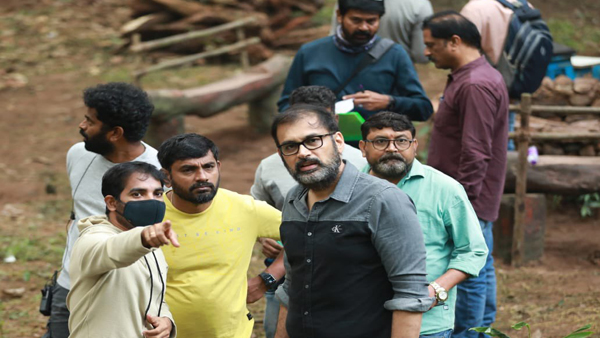 It is said that Nithiin had initially asked the director to rework the script and suggested a few changes. Vamsi has come up with a revised script and the filming soon began.

The movie is being made by Nithiin's home banner Sreshth Movies by Nikhitha Reddy and Sudhakar Reddy. Sai Sriram is working as the cinematographer.