Prabhas' upcoming action thriller film Salaar, under the direction of KGF fame Prashanth Neel is heading toward completion at a lightning speed. The movie unit is working day in and day out to complete the filming of Salaar to ensure the movie is released on time. The unit announced September 28 of 2023 as the theatrical release, earlier. 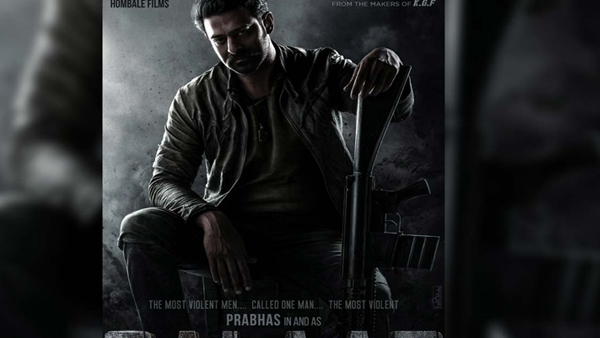 Shruti Haasan is the film's female lead opposite Prabhas, which marks the combination's first-ever collaboration. The unit began filming in Godavarikhani, Telangana in January 2021, and ever since, the movie's shooting has been delayed due to several reasons.

Prabhas had a bad 2022 while all other films of Tollywood have gone on to garner national wide acclaim and recognition. His Radhe Shyam was a box office disaster and the teaser of the much-awaited film Adipurush, under the direction of Om Raut received severe backlash for its cheap-looking graphics. So, everyone is looking up to Prashanth Neel to give Prabhas a much-required blockbuster success.

Umair Sandhu, who is a self-claimed film critic and a member of the overseas censor board opined that 2023 is going to be the year for Prabhas to bounce back to his glorious days.

Salaar's cinematography is being handled by Bhuvan Gowda while Ujwal Kulkarni is looking after the editing. Ravi Basrur is composing the film's background score and music. Vijay Kiragandur, who produced KGF 1 & 2 with Prashanth Neel is bankrolling the project under the Hombale Films banner.

Meanwhile, Prabhas will next be seen in a film under the direction of Maruthi. The post-production works of Adipurush are on and after the disastrous teaser, fans and viewers lost confidence in the success of the film.